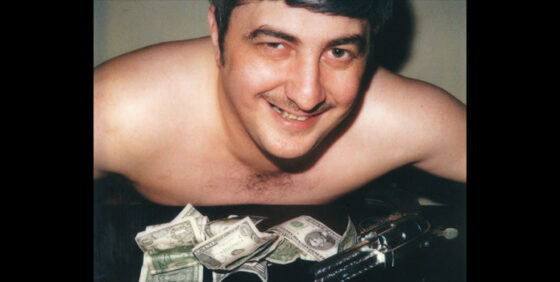 Over a decade in the making, The Dog is a relatively straightforward profile of John Wojtowicz, the infamous bank robber immortalized in Dog Day Afternoon. Chiefly constructed around extended interviews with Wojtowicz, The Dog benefits immensely from the man’s natural charisma. But the real star of the film is time. It’s not just that we witness both John and his mother Teresa as they become older and frailer, their minds and memories nevertheless remaining razor sharp; the fact of the matter is, Wojtowicz’s life choices were largely illegible to the millions of contemporaries who watched the bank heist unfold in 1972. He and his partner Liz Eden (née Ernie Aron) became a spectacle for an American culture only three years out from Stonewall and still not capable of interpreting gay life, much less transgender identity. In fact, as Wojtowicz explains and we see in tense post-robbery clips between John and Liz, even the two of them had trouble negotiating the meaning of their own relationship in terms of sexual identity. (John never stops referring to Liz as “Ernie,” which is not intended as an offense: he just never came to terms with the fact that he experienced homosexual desire for a trans woman.) This illegibility of the pair in the mainstream media meant that, for example, most people at the time remained unaware that Wojtowicz was a gay liberation activist, working for civil rights and marriage equality alongside the likes of Vito Russo. But even more than a recoding of Wojtowicz’s past, The Dog is fascinating for its illumination of who the man was during and after his incarceration. Again, historical distance allows Berg and Keraudren to shift the lens on “The Dog,” offering a look not at a celebrity criminal, but at the final years of an intelligent, working-class polysexual pioneer.