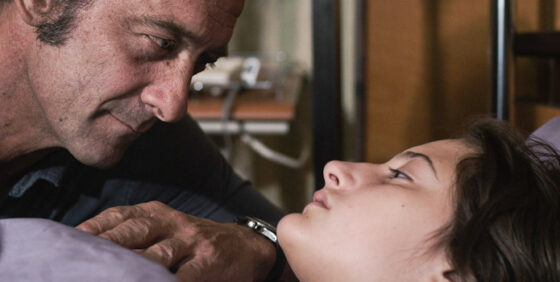 The editor/publisher/filmmaker of this fine publication (in Issue 55) accurately termed Claire Denis’ latest her “incredibly divisive and equally irate attack on late capitalism.” Why Bastards is even slightly divisive is just one of the year’s many cinema mysteries, and it’s fairly easy to predict that after the ridiculously hothouse atmosphere of Cannes, where Denis may have made the strategic error of premiering her remarkable film, the calmer climes of Toronto should provide a better place to watch and assess what she’s done. What she’s done, as it happens, is her best film since L’intrus (which also featured favourite actors Michel Subor and Grégoire Colin, here in far more sinister roles), since it marries her interest in narrative jumps, classical tragedy (à la the Greeks, with the family as the locus of most of the crap in the world) and, yes, the workings of capitalism (as purveyor of much of said crap). A magnificently stern and focused Vincent Lindon plays Marco, a naval captain who abandons his post to help rescue a family he’s tried to stay away from, only to find himself in a swamp of bankruptcy (financial and otherwise), even as he zeroes in on his target: Edouard Laporte, a loathsome captain of industry whom Subor plays without ever signalling his character’s capacity for evil. It’s also a sign of Denis’ artistic commitment to uncertainty as a storytelling principle that she never quite decides what to do with Chiara Mastroianni as Laporte’s wife, who falls for Marco’s animal erotics—ironic, given the seamy underbelly that Marco’s revenge plot uncovers. Ironic, and as well as irate.