The Vast of Night (Andrew Patterson, US) — Midnight Madness 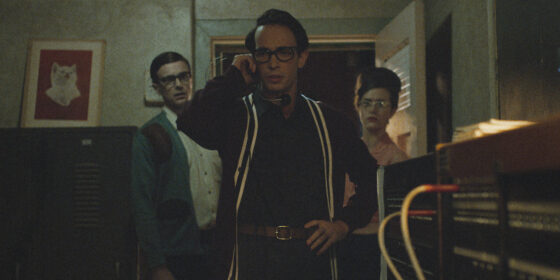 The more things change, the more they stay the same, and the conspiracy-minded 1950s resonate in a zeitgeist in which everything feels accessible and occluded at the same time. Between the suspicious suicide of Jeffrey Epstein and its ostensible connections to the making of Eyes Wide Shut (and the death of Stanley Kubrick), chances are you’ve forgotten the rash of UFO sightings earlier this year; at this point in our planet’s long, downward arc, aliens would have to be pretty weird to warrant trending-topic treatment on Twitter. Andrew Patterson’s likable debut feature is nostalgic for a time when extraterrestrials weren’t old news, drawing on the mythology of Roswell (and the paranoia of The Twilight Zone) to craft a narrative about a close encounter in a small New Mexico town, documented in real time by an earnest AM-radio host (Jake Horowitz) and a high school-aged switchboard operator (Sierra McCormick). That their station’s call sign is “WOTW” is a nicely Wellesian in-joke clarifying Patterson’s old-school influences, as well as his belief in showmanship regardless of extenuating circumstances. Despite an obviously limited budget, Patterson and his skilled cinematographer M.I. Littin Menz have given The Vast of Night a polished, professional look, punctuated by sinuous tracking shots and featuring better-than-expected acting, both by its leads (whose mutual geekiness is believably yoked to the gee-whiz period) and a cast of voice actors whose seen-but-not-heard performances are tremendously effective. Special kudos to Bruce Davis, whose literally phoned-in turn as a disabled Air Force veteran is the film’s centerpiece: a spooky, subdued, and uncannily convincing confessional that proves the exception to the old rule about showing and not telling.