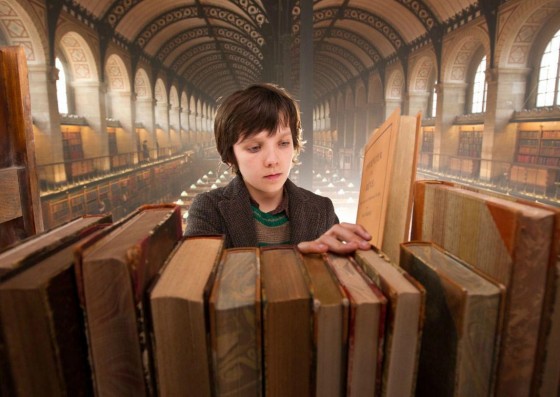 For a director to craft a movie that could inspire young viewers to become filmmakers themselves was a well-worn ambition long before the making of Super 8. But leave it to Martin Scorsese to trump J.J. Abrams by fashioning a slice of pure incandescent wonder that’ll have tykes telling their parents they’d like to grow up to be film preservationists instead. Expect the chatter around the playground to suddenly involve talk of polymer degradation and hot gossip about Hitchcock’s lost silents.

Surely the director will feel like Hugo has achieved its highest purpose if it contributes to the creation of a future Henri Langlois. It should at least beget another Serge Bromberg, the man behind the not-quite restoration of Henri-Georges Clouzot’s L’Enfer and the freshly re-tinted version of Georges Méliès’ 1902 crowdpleaser Le Voyage dans la lune. The latter work occupies a place of vast importance within the delicately rendered universe of Scorsese’s adaptation of Brian Selznick’s illustrated novel The Invention of Hugo Cabret, a book so thoroughly suffused with movie love and lore that it’s hard to believe Scorsese hadn’t conceived it in the first place.

The result is something of a Trojan horse: a family-friendly 3-D holiday film in the post-Potter fantasy mold that is also an impassioned tribute to the medium’s first true wizard. Not only does Hugo incorporate excerpts and recreations of Méliès’ movies, it presents the man himself as a character. We first meet him as “Papa Georges,” the elderly proprietor of a toy shop in the same Paris train station that is home to the film’s eponymous boy hero. Like many details about Méliès’ life as recounted by Selznick and Scorsese, this one is true: Méliès spent much of his later career selling toys at the Montparnasse station, the stage magician turned cinema pioneer having gone bankrupt in 1913, selling off many of his 500-plus films to be melted down and made into boot heels. As played by a tightly controlled Ben Kingsley, the Méliès of Hugo is a broken figure, much like the rusty automaton that serves as the film’s central visual leitmotif. 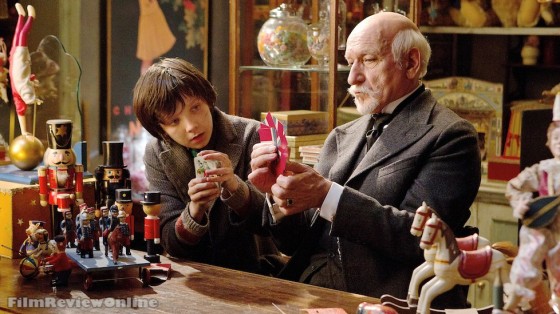 At times, the narrative of the embittered old Méliès’ own personal restoration threatens to gain primacy over the more conventional storyline of Hugo’s quest to reconnect with the world. Indeed, Scorsese arguably seems less interested in the lot of this scruffy young urchin (Asa Butterfield) than he is in both the wizened ex-magician and the gorgeously crafted world of the train station, which is further populated by other people in need of care and attention, like Sacha Baron Cohen as a station inspector whose attempts to nab stray orphans are continually hampered by an uncooperative leg brace.

Though Hugo looks suitably clammy and ill-fed to benefit from a trip to the orphanage, he proves to be more than the David Copperfield surrogate he initially seems to be. For one thing, he’s distinguished by his interest in things mechanical, something he inherited from his late clockmaker father (Jude Law) and Claude (Ray Winstone), the alcoholic uncle who put him in charge of the station’s clocks. There’s also something paternal in Hugo’s regard toward the automaton, which he is determined to restore in the hopes it brings a message from his pa. Scorsese dwells on shots in which Hugo looms over the tiny metal figure, yet a dream in which Hugo transforms into the automation complicates the dynamic further: he’s both lost boy and fatherly inventor, Pinocchio and Geppetto in one.

After Méliès discovers that Hugo has been stealing parts from the shop for his automaton, he puts the boy to work as a repairman. But since they both remain deeply isolated characters, it’s up to Méliès’ adolescent god-daughter Isabelle to bridge the gap. Given the evident pleasure Isabelle extracts from the multisyllabic likes of “reprobate” and “clandestine,” Chloe Grace-Moretz’s plucky performance is a reminder that words are nearly as important as pictures in Scorsese’s confection. Likewise, writers and books—Alexandre Dumas’ 1863 telling of Robin Hood, the works of Jules Verne that Hugo and his father would read together—come to be almost as totemic as Le Voyage dans le lune. Papa Georges’ true identity is also revealed in a book, a fictional history of cinema’s early decades called The Invention of Dreams by Rene Tabard. As if by magic, Tabard appears in the flesh almost immediately after Hugo and Isabelle open his book. Played by Michael Stuhlbarg as an irrepressibly enthusiastic proto-Langlois, Tabard promptly shows the pair his personal museum of Méliès memorabilia, including what the scholar claims to be the only extant film print (this is Le Voyage dans le lune, presented in the version that Bromberg debuted at Cannes in May, which not coincidentally is currently being pimped by Paramount, Hugo’s distributor). 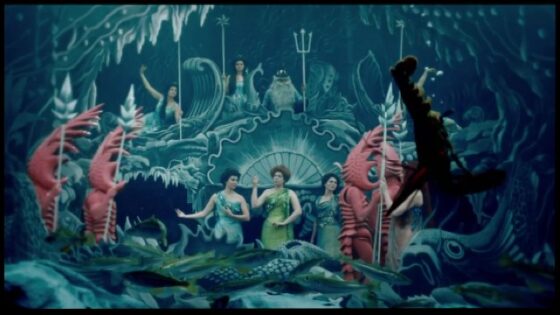 It is at this point that the film’s air of melancholy begins to give way to something else—though not necessarily something happier. After all, so much of Hugo is steeped in feelings of loss and despair, and that’s as true for its oldest characters as it is for the youngest. “There are things you are too young to understand,” says Méliès’ wife Jeanne (a lovely Helen McCrory) to the boy. “You should not yet know such sadness.” Alas, it’s obvious Hugo knows everything he needs to, which is why he so badly needs the solace that he and Isabelle find in a screening of Harold Lloyd’s Safety Last (1923), which marks his new friend’s first encounter with motion pictures. As for Jeanne and Georges, they find that solace in the impromptu projection of Le Voyage dans le lune that is Hugo’s most touching scene.

And the audience? Well, it’s hard to say who will best appreciate Scorsese’s efforts to unify cinema’s earliest forms of magic with its latest varieties, especially the digital and the multi-dimensional. Kids reared on the Potter movies may be bewildered by Hugo’s sudden transformation into a film studies lecture, though a disturbing dream sequence about a runaway train and a hectic final chase scene with Cohen’s inspector help the story fulfill some of its promise as a fantasy adventure. The staging, choreography and design in these scenes—as well as in the digitally enhanced tracking shots, which aren’t the only thing Hugo shares with Casino (1995), a movie that’s defined just as much by its location—are as impeccable as you’d expect from a team that includes cinematographer Robert Richardson, editor Thelma Schoonmaker and production designer Dante Ferretti, all of them great talents since the analog era and Scorsese’s key set of collaborators on Shutter Island (2010), The Aviator (2004) and Bringing Out the Dead (1999).

Beyond its value as a technical marvel, Hugo’s most rewarding aspect may be the spirit of kindness and community that fills the final act. The lesson here is that movies and magic tricks are only as good as the connections they foster between us—like the mechanical innards of Hugo’s automaton, aspects of our dreamworlds must interlock with those of our corporeal existence if the machinery is expected to work at all. It’s telling that Hugo’s cinephilia is so closely associated with his feelings for the elder Cabret. “I love the movies,” he eagerly tells Isabelle. “Father always took me for my birthday.” And it’s through the movies that he finds a new family. What could be more wonderful than that…besides, of course, flying a rocket to the moon?