The Poet and the Boy (Kim Yang-hee, South Korea) — Discovery 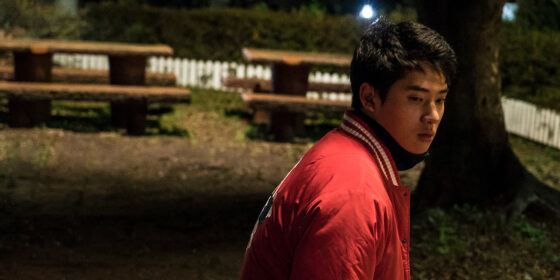 I felt vaguely embarrassed for immediately being reminded of Jim Jarmusch’s Paterson at the outset of Kim Yang-hee’s debut feature The Poet and the Boy. The similarities are apparent: in addition to Yang Ik-june’s Poet (the only name he is identified by in the film) working through his art and inspiration via voiceover, the setting of South Korea’s Jeju Island is as quaint a milieu as Paterson’s Paterson, New Jersey. But where Adam Driver’s Paterson ultimately discovers that he has been satisfied with his quiet domestic life with his patient wife (Golshifteh Farahani) all along, Yang’s Poet finds his passions unexpectedly enflamed by the Boy (Jung Ga-ram), an angel-faced high-school dropout working at the neighbourhood donut shop.

With the Poet’s newfound queerness awakened, so too is his talent for invoking authentic emotional depth in his work. And to Kim’s credit, bisexuality is explicitly mentioned by name—though it may be a justification on the Poet’s part, signalling an unwillingness to let go of the safety net of heterosexuality. It’s still heartening when queer narratives allow for more sexual fluidity than is usually afforded by “suddenly gay now” storylines.

As the Poet becomes more enamoured of the Boy, he becomes entwined in the young man’s tumultuous home life, which is where the film stumbles. The ins and outs of the Boy’s family dynamics are never quite as compelling as the Poet’s inner conflict as he attempts to sort out love from lust. Had Kim trimmed down the Boy’s drama, The Poet and the Boy may have crystallized into a tight, pitch-perfect sonnet, rather than the more tonally unwieldy free-form final product.