The Other Side of Hope (Aki Kaurismäki, Finland/Germany) — Masters 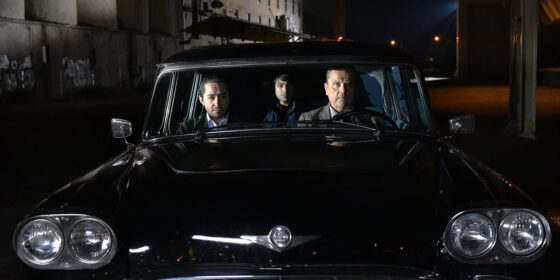 The second in a proposed trilogy of films focused on the European refugee crises, Aki Kaurismäki’s follow-up to the warm and generous Le Havre (2011) is both of a piece with its predecessor and something a little looser and more unkempt. This time the plight of his refugee, a Syrian emigrant named Khaled (Sherwan Haji)—whose soot-covered face we see humorously emerge from a mound of coal in the film’s opening moments—is played as often for laughs as it is lament, though Kaurismäki never allows the gravity of his situation to fall far from view. (Repeat visits to the immigration office, as well as violent run-ins with local skinheads, bolster the film’s drama.) As ever, Kaurismäki’s humour is of a mannered, viciously deadpan variety. In a welcome return, touches of the situational, quasi-surrealist comedy that defined both the director’s bastardized take on Hamlet as well as his beloved Leningrad Cowboys manifest themselves when Khaled crosses paths with the middle-aged Wikström (Sakari Kuosmanen), a travelling salesman turned restaurateur who enlists the outsider to help out at his newest entrepreneurial venture, The Golden Pint. As splashes of violence are interspersed with an unexpected pratfall or odd visual gag—unable to sustain itself, The Golden Pint rebrands as a sushi restaurant; wasabi-related hijinks ensue—The Other Side of Hope proves to be one of the Finnish veteran’s most impressive balancing acts, a tragicomedy that feels urgent and yet manages to never lose sight of life’s inherent ironies.