The Old Man & the Gun (David Lowery, US) — Special Presentations 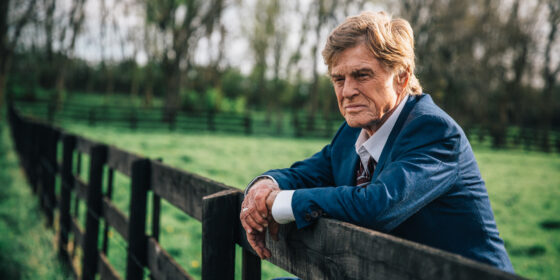 Some break the law—it’s their nature. Some go after the lawbreakers—it’s their nature. To capture two characters in these natural states is the aim of The Old Man & the Gun, a free and easy account of the real-life exploits of a gang of elderly bank robbers in the early ’80s led by wily Forrest Tucker. The movie exists because of Robert Redford, who has announced that this will be his swan song. (Although Redford said last week in Telluride, “Never say ‘never.’”)

Actors rarely have the chance to, one, exit on their terms and schedule, and, two, do so with a well-written role that ideally fits their range and, if they’re a star like Redford, their persona. Redford could’ve done a whole lot worse than exiting with The Old Man, but it’s unlikely he could’ve done much better. Like Warren Beatty, Paul Newman, Jane Fonda, and Steve McQueen, Redford was part of a special group who straddled the end of Mogul Hollywood and the start of New Hollywood, and redefined an ideal of male beauty on screen with a tricky balance of sheer, utter manliness and a requisite vulnerability that set his generation apart from the Richard Widmark crowd preceding him. Watching Redford as Tucker, seducing one bank manager and teller after another—to say nothing of horse ranch owner Sissy Spacek, who easily falls for him like everyone else—with suave, low-key gentlemanliness, triggers a memory reel of many past Redford performances, especially his winning antiheroes in Butch Cassidy and the Sundance Kid (from which this movie derives its title and closing credit font style), the underrated The Hot Rock (which demonstrates that Redford could’ve done a whole series of movies based on Donald Westlake’s crafty thief Dortmunder), and, of course, The Sting. (There’s even a shot pulled from The Chase, a cute cinephilic trick to show a young Tucker escaping prison, his prime life skill.)

Redford has a special grasp of crime comedy, one of the trickiest and most rewarding of genres, and he brings 50-plus years of work to one thoughtful scene after another in The Old Man. He does this because writer-director David Lowery is generous with his actors, granting them room to explore and let dialogue scenes become conversations. Casey Affleck as John Hunt, the detective who doggedly pursued Tucker and his “Over the Hill Gang” (which includes Danny Glover and Tom Waits, who beautifully disappear into their supporting roles), isn’t an object of scorn in the narrative, but a family man with a blue-collar sense of doing the right thing. In a magical moment when the characters meet, it lets them both see that each has met their match. Affleck’s Hunt even seems to understand that Tucker is just the way he is, and capturing him is almost beside the point.