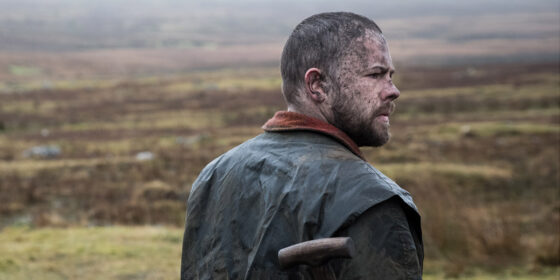 From the dark and wild lands of Northern Ireland comes this thriller with a morbid, horror-exploitation premise that melds the rural with the brutal. Thirtysomething Ronan Callahan (Moe Dunford, also at TIFF in Black 47 and Rosie) returns home after spending 15 years in prison for a murder he doesn’t recall committing. But he can’t find peace, as Sean (Lorcan Cranitch), the father of his ex-girlfriend-slash-victim, is roaming around the place, digging countless holes in the ground on Ronan’s property to find his daughter’s body. Dunford’s grunting performance is compelling, but directors Andy and Ryan Tohill rely on it too heavily to give the film its stifling atmosphere. Sean’s belief in local myths and his mad dedication to retrieving his daughter’s corpse eventually reveal themselves to be second thoughts and cheap plot devices to give the film the air of a genre piece. Although the relationship between the two men as they dig the land together is ripe with dramatic and metaphorical potential, the emotional complexity at play is limited to a shared defensiveness and extreme (and unconvincing) changes of heart. These reversals are supposed to carry the story along, but they only make it less credible and compelling. It is indeed in the plot itself that the directors show their hand the most: when the bold and crude set-up has to finally find its resolution, they fall back on clichés and good ol’ misogynistic ideas about what women want. And I can’t dig that.