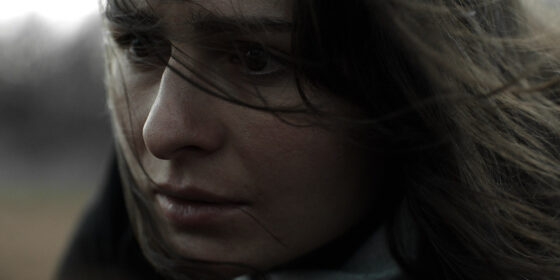 Beginning and ending in darkness lit by candlelight—including a rather abrupt, cruel capper that seems to recall nothing so much as the iconic fade to black that concluded The Sopranos—The Day I Lost My Shadow is a rather arch experience. Yet looking upon it in retrospect, if anything one wishes for a more rigorous structure and a slightly harsher sensibility, as by the end of the film one is left with nothing but the basic empathy which we’re bound to already have as we walk into the cinema, considering the film’s subject matter.

Trying to live through the Syrian Civil War, Sana (Sawsan Ercheid) is a young single mother who on one unlucky day is forced to venture into Damascus to retrieve propane in order to cook for her young son. She travels with a brother and sister, Reem (Reham Al Kassar) and Jalal (Samer Ismael), who are revealed as nothing but trouble when things soon turn deadly. An altercation at a checkpoint leads them far off track from their destination and far deeper into the gunfire and explosions that Sana has been trying so hard to evade.

While the basic idea of Sana’s quest feels classical enough, the film merely gestures towards dramatic satisfaction rather than achieving it, yielding the kind of stock naturalism that dominates so much of, to use the Festival’s handy catch-all term, Contemporary World Cinema. The Day I Lost My Shadow serves as the perfect example of a film that’s in no way contemptible but hard to muster any real enthusiasm for. Maybe one can say that the roads to hell and bad cinema both are paved with good intentions.