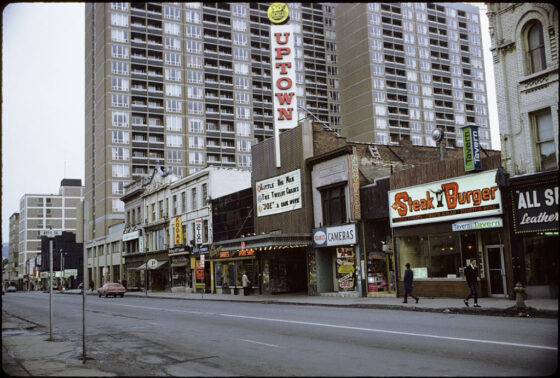 If we’re typing this with hands that can barely move, that must be a sign that festival season in Canada has begun, yet again. Because something seems to be in the air regarding lists and numbers, and because why the hell not, this year’s goal for the Cinema Scope Online TIFF coverage is to top last year’s output of slightly over a hundred films. We don’t want to name a number yet for fear of jinxing, but we’ve assembled a team of 37 writers from 11 countries and counting (the numbers changed as they were being typed), many of whom will be on the ground running during TIFF to cover the latest premieres. Mark Peranson will also be reporting exclusively from Venice on some of the most anticipated titles of the fall. In total, we promise the most comprehensive coverage of the Toronto International Film Festival that you will find anywhere in print in Toronto or on the internet.

Here’s how it’s going to work: starting on Tuesday, August 28th, we will launch with a few days of highlights from the upcoming Issue 52 of the hard copy of Cinema Scope (which we highly recommend purchasing, it’s image heavy!), featuring articles and interviews on films that will be receiving their North American premieres at TIFF. At the same time we will be reposting—or posting for the first time—pieces on some of TIFF’s highlights that received coverage in past issues of Cinema Scope.

Starting Friday, we will add to the mix a bounty of capsule reviews of TIFF titles spanning all programs, including films that screened at previous festivals like Cannes, Berlin, Locarno, and elsewhere, plus new titles that will be receiving their world premieres in Toronto (expect to see at least 8-10 capsule reviews a day if all goes well). Then, until we run out of gas, there will be daily postings of reviews through the lead-up and during TIFF, maybe even some surprises, and possibly even capping it off with the much-loved Cinema Scope video roundtable.

Besides the films that will soon see a theatrical release—we will be covering some in more detail in Issue 53, if we haven’t already—many movies that you will read about over the next two weeks will also turn up in other Canadian festivals very soon, such as Atlantic, Calgary, Edmonton, Vancouver, Montréal’s Festival du Nouveau Cinéma…So please do bookmark and keep coming back; we hope this acts as both a candid and independently minded preview, a consumer guideline (to a certain extent), and a helpful reference tool to guide your viewing over the next few months. Bonne projections!