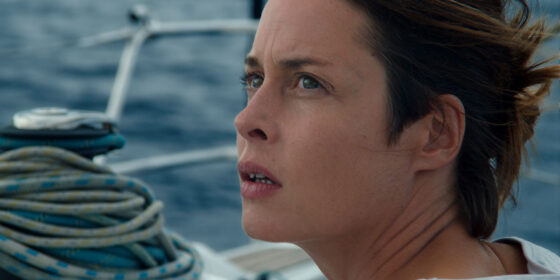 So many films about the global refugee crisis are focused on the uniquely Eurocentric task of humanizing those asylum seekers who are risking everything for a better life. To its credit, Styx presumes no such glad-handing is necessary; in fact, the refugees are almost incidental to the film. We only get to know one young man of unknown origin (Gedion Oduor Wekesa), who serves as both ambassador and metonym for his dying compatriots.

Instead, Styx is about the gradual dehumanization of a Westerner—specifically, a German doctor (Susanne Wolff) who encounters the endangered refugee craft while sailing to Darwin’s Ascension Island on her private yacht. Instructed by the Coast Guard not to approach the vessel, she becomes a virtual embodiment of liberal white fecklessness. This is all the more frustrating, since the first part of the film shows just how capable she really is. (Styx owes a little something to recent maritime pictures like All Is Lost and, by the end, Captain Phillips.)

While we know intellectually that individuals are not to blame for a situation as complex as international displacement and border struggles, it is nevertheless satisfying to see such a simple equation, because we know that, on a certain level, it is also true. While well-intentioned people wring their hands and fail to act, innocent people die. By the time our designated saviour overcomes her Hamlet complex and makes a move, all is lost, quite literally dead in the water.