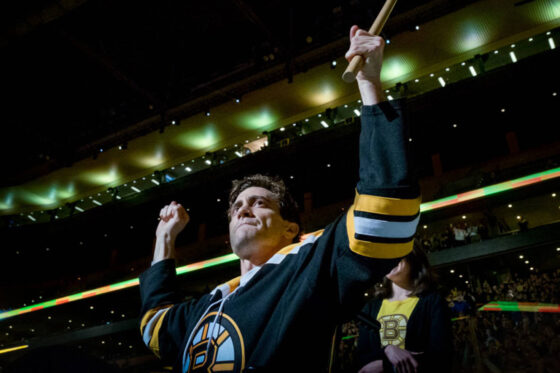 Boston Marathon bombing survivor Jeff Bauman gets the biopic treatment in Stronger, David Gordon Green’s lazy if intermittently affecting first major stab at Oscar glory. Jake Gyllenhaal tamps down his blinking-related affectations of prestige movies past and brings some calm, regular-guy gravitas to Bauman, who, according to the gruff, faux-Boston brogue of Clancy Brown as his dad, “became a symbol to a lotta people” when a grisly photo of him clutching his double limb amputation went viral in the hours after the bomb. Adapted from Bauman’s memoir of the same name, the film charts its protagonist’s gruelling recovery in the days and months after the attack, nicely sidestepping some of the trappings of disability inspiration porn at first, before becoming a standard love-conquers-all romantic melodrama in the home stretch.

As a procedural about the work required to come back into one’s body after a major physical and psychic trauma, Stronger is surprisingly compelling. It does well by its subject’s non-hysterical response to his new life post-injury, pausing for realist vignettes about maintaining a wounded body, as in a set piece that holds a medium close-up on Gyllenhaal’s face as a pair of nurses walk him through his first dressing change just out of focus below. It also attends equally well to the prosaic details involved in Bauman learning how to transfer in and out of bathtubs and cars, and his family drama about relatives who stubbornly continue to bask in the afterglow of fan letters long after he’s gotten over being a public symbol for other people’s endurance through suffering.

However, whether due to Bauman’s own hunger for a neater narrative trajectory than life provided, or to Green’s anxiety to make his project more palatable for awards pundits, the film increasingly shaves off its subject’s prickly edges and reticence to embrace his status as a totem for survival just as his recovery begins to plateau. By the end, the film is racing past Bauman’s lingering anxiety and pain and trading in treacly montages of him training with his flashy prosthetic legs, the better to propose to his long-suffering girlfriend (Tatiana Maslany, in a thankless performance composed mostly of toothy grins, angry squints, and dour athleisure) on his own new two feet—stronger than the old ones, maybe, but as slick and artificial as the movie.