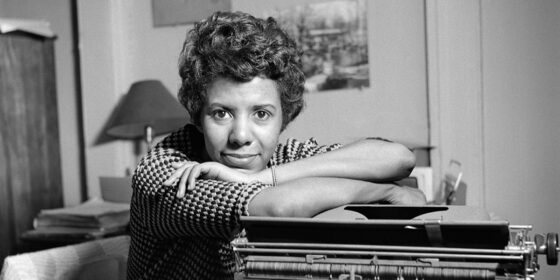 Sighted Eyes/Feeling Heart is a TV documentary about the life and work of the late African-American playwright/activist Lorraine Hansberry. Produced for PBS’ American Masters series, Sighted Eyes is meticulously researched, well assembled, and has most of the appropriate expert commentary. It is instructive to remember just how much Hansberry accomplished in her painfully short life: although she is best known for A Raisin in the Sun, which triumphed on Broadway when she was just 29 years old, the documentary reminds the viewer of Hansberry’s bona fides as a leftist and black intellectual of the first order. I learned quite a bit, particularly about Hansberry’s much-maligned second play The Sign in Sidney Brustein’s Window.

Director Tracy Heather Strain follows the American Masters template to the letter, producing what is essentially an illustrated Wikipedia page with talking heads. In this regard, your interest in Sighted Eyes will be exactly proportional to your curiosity about Hansberry; the documentary has nothing else to offer. This raises the question of whether or not Sighted Eyes belongs in a film festival ostensibly dedicated to the art of cinema. Obviously, some people believe that documentaries are exempt from aesthetic concerns; this is an ongoing problem, but one we won’t solve here and now.