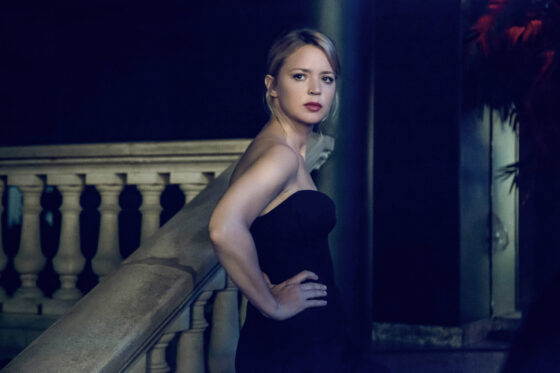 After her terrific 2016 feature Victoria, Justine Triet continues her exploration of the female psyche and body with Sibyl, once again casting the great Virginie Efira as her heroine. Sybil is a psychiatrist who retires early to focus on her original dream of being a writer. But aren’t the personal histories of distressed patients always stranger and more interesting than fiction? She breaks her professional exile and reluctantly begins to help Margot (Adèle Exarchopoulos, in a very vulnerable and touching turn), a young actress having emotional and professional issues. Over the course of their therapy, Sibyl starts to forget the boundaries between doctor and client, reality and story, and herself and Margot. Her identity dilutes as she starts to write and live by proxy. In the process, it’s her own story that emerges out of the recesses of her mind, as though storytelling served as both an escape and an unavoidable, relentless reminder of the past and the self.

Elsewhere, Triet expands the more typical trope of the blurring of cinema and real life when Sibyl finds herself helping Margot on the set of her next film: the layers of role-playing and reverse-transference are too numerous to be sustainable for either party. Far from a purely intellectual journey, Sibyl’s crisis develops also in her body, which over the years has accumulated sensations that she both wishes to revive and to forget. The conscious and the unconscious, the mental and the physical, the real and the fake, all collapse into each other through Triet’s purposefully scrambled yet effortlessly evocative style. The result is a portrait of a woman aware of her lapses in awareness, but progressively learning to live with her own, painful story.