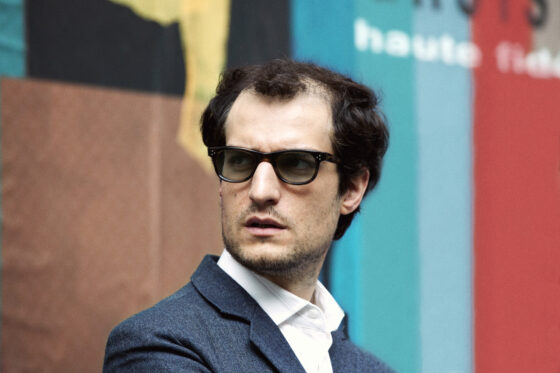 Which film was the worst at Cannes this year? It’s hard to know where to begin analyzing that rogues’ gallery and the lousy awards bestowed on them, but on behalf of cinephiles everywhere I feel the need to say something brief and to the point about Michel Hackavanicius: can Netflix pay this guy to stop making movies? For whatever reason, he decided to adapt Anne Wiazemsky’s book into a terrible, joyless film about how Jean-Luc Godard (as impersonated by Louis Garrel—why Louis, why?) circa La chinoise (1967) is a righteous asshole to Wiazemsky (a charmless Stacy Martin), if not the entire world—a fact nobody is debating, but that’s beside the point—which, for whatever reason, as we await Image et parole, Cannes decided would be a good idea to screen in competition in their 70th anniversary year, and now TIFF has decided to follow up because there aren’t enough French films to choose from, I guess.

Reducing Godard to an advertising colour palette of primary reds and blues, Le Redoubtable is a crude, pointless exercise with no comprehension of Godard’s filmmaking, cinema history, or, indeed, life itself. (Just one note suffices: this is a film that aestheticizes the ’68 Paris riots.) Those readers who followed the events of this year’s security-obsessed Cannes festival will already know about the pseudo-bomb threat that preceded the Debussy Redoubtable press screening, as well as the numerous jokes that went along with it. But the last laugh goes to the filmmaker, whose film was generally positively received by the cinema-blind English-language press and, most importantly, garnered a lucrative North American distribution deal; that it is being sold by Wild Bunch, Godard’s sales agent, adds insult to insult. (Full disclosure: a La chinoise poster hangs in my kitchen; you can see it in a Hong Sangsoo film that isn’t playing at TIFF.)