In the Radiant City (Rachel Lambert, US) — Discovery 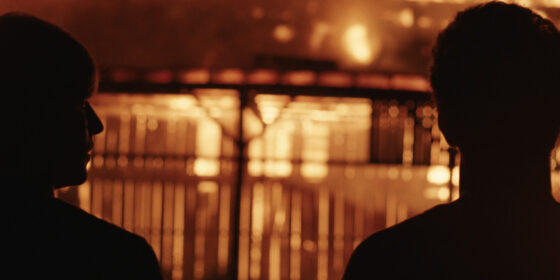 “A mom is a mom, even if you call it a tree.” So speaks Richard Gonzalez (Jon Michael Hill), the public defender assigned to the parole case at the centre of In the Radiant City, a vague piece of Kentucky regionalism from first-time director Rachel Lambert. (It’s almost tempting to reimagine the whole film from minor character Gonzalez’s point of view, since he is the only person on screen behaving rationally.) Many years ago, when they were kids, Andrew (Michael Abbott, Jr.) provided the testimony that garnered his brother Michael (Paul Sparks) a life sentence for a deadly arson. Their sister Laura (Marin Ireland) blamed Andrew for Michael’s incarceration, and perhaps more; she essentially chucked Andrew out of the family. Now that Michael may be up for release, he has come back, to the curiosity and emotional turmoil of his ailing mother (Celia Weston) and Laura’s wayward daughter (Madisen Beaty).

Jeff Nichols is a producer on this film, and one can see certain affinities with his style. Lambert has paid significant attention to the wood-panelled, knick-knack-laden, TV-tray-oriented look so distinctive to lower-class Southern white people’s homes. The opening shots as well, showing Andrew working on a trawler emptying crab traps with a bleeding hand, is also admirable for its observational acuity. But there are significant problems with the film, mostly having to do with a certain tonal confusion. Lambert stakes much of her claim on a straight-ahead Southeastern realism, a sense of place telegraphed with rusty trellises and dive bars. But then there are attempts at poetic reverie and flashback, hazy visual abstraction, and even a somewhat open form that leaves major plot points ambiguous. In context, these moments feel like vacuums rather than strong assertions. They point to what the film is missing.