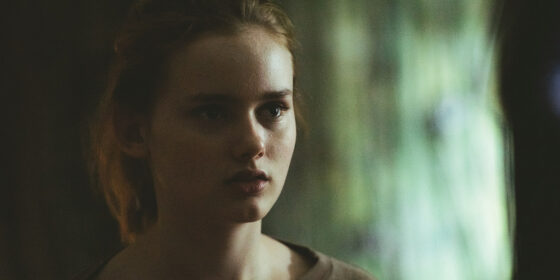 The amount of skill that goes into taking care of someone is on full display in Phoenix, which begins with its protagonist, 13-year-old Jill (Ylva Thedin Bjørkaas), entering the apartment she shares with her family. Having taken responsibility for the well-being of her depressed and alcoholic mother Astrid (Maria Bonnevie) and her younger brother Bo, Jill is able to discern her mother’s state the minute she walks in the door. As Jill is able to pick up meaning from every detail, Camilla Strøm Henriksen’s direction does the same. Each item takes on a whole history, and each exchange between Jill and her mother is loaded, the two having had these conversations many times before.

It’s clear that the filmmaker has considerable intimacy with mental illness, and with strong performances from both lead actors, there’s sympathy and patience with Astrid’s struggles. But the film’s empathy lies with Jill, and Phoenix is keen to let the audience see how limited Jill’s view is. Jill’s perceptions of her mother’s struggles take their cues from horror films: each search for her mother upon arrival has the build-up of dread, score included, derived from the uncertainty of what’s around the corner. And, at a certain crossroads, a strange monster begins to follow her around.

Jill believes her mother getting a new job can change their lives, not realizing that there is nothing either can do to deal with Astrid’s depression. When her mostly absent musician father returns on her birthday, Jill sees a way of escaping her life with her mother, whether it be in his beautiful new apartment or touring with him on the other side of the planet, dazzled by the glamour of his performances. It takes her longer to see what an adult would have already picked up: a man who is only in town because of his new girlfriend, who can only put himself first, and who should have been around this whole time. Jill has run out of fantasies. Having grown up too fast doesn’t mean someone isn’t still a child, and Phoenix balances those limitations with the burdens of the adult world.