Our People Will Be Healed (Alanis Obomsawin, Canada) — Masters 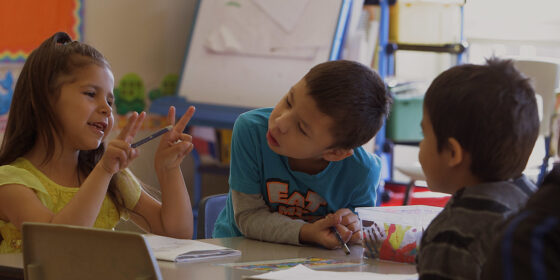 Now in her 85th year and making her 50th film, indispensable Indigenous documentarian Alanis Obomsawin appears to have fallen into an atypical mood of optimistic self-reflection. In her previous film, the nearly three-hour, Wisemanesque We Can’t Make The Same Mistake Twice, she chronicled, with deliberate drudgery and opacity, a years-long judicial suit against the Canadian government that sought equal education rights for Aboriginal children living on remote reserves. Her latest, Our People Will be Healed, is isolated in the idyllic town of Norway House, a First Nations community more than 450 kilometres from Winnipeg.

Obomsawin has chosen her institutions wisely, picturing a microcosm of society striving for utopia—something to be sought after but incapable to achieve, the film would argue—and in the process provided a much-needed counternarrative to the images of degradation so often associated with independent First Nations communities. Depicting an educational program envied by other non-reserve schools in its districts, public infrastructure built by charitable donations of skills and resources, and individual efforts made to preserve culture through vital generational exchange, the film, true to its title, tunes a minor-key ode to collective resilience in the face of cultural genocide and governmental neglect.

Obomsawin seems to have stopped for a much-needed repose here, reflecting proudly upon the lifelong hard work done and the lifelongs yet to be. She has never been much for visual rigour, and Our People is especially lackadaisical in this regard; but what remains, even as the camera awkwardly wobbles through hallways in stilted pillow shots, is the director’s empathetic ear, which has always been her most valuable asset and more than makes up for any dearth of formal ingenuity.