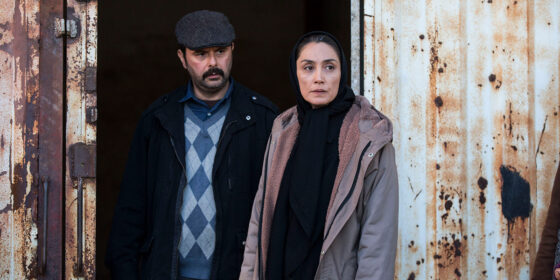 For the first several minutes of Orange Days, the script by director Arash Lahooti and writer Jamileh Darolshafaie tries to be mysterious about the livelihood of a woman named Aban (veteran Iranian star Hedieh Tehrani, whose name the TIFF program notes consistently misspell). The big reveal is that she supervises an orange grove harvest, hires women to pick the fruit and brings it to market through a broker who pays her for her product. It’s a trademark of the movie that this is as compelling as things get, and after this, Orange Dayslumbers along in a boring slog toward…well, bringing in the fruit.

Aban could’ve been an interesting figure: a businesswoman in a culture still dominantly hostile to her kind, married to a husband reduced to tending to his beloved tropical fish. In other words, a marriage in which the gender roles are flipped, and a situation where women are doing the heavy lifting and the men are generally bitching about this and that. The movie is strangely without any tempo, visual style or momentum, and maintains a stolid, serious tone—not once does Tehrani change her facial expression, and this seems to be a deliberate plan between actor and director—while bypassing any number of naturally dramatic scenes (especially between Aban and her husband), again, it seems, by choice.

These choices are the only real mystery here, and while one set of obstacles after another are set up for Aban, they all easily dissolve in a third act of comradeship, patched-up relationships, and a lot of oranges. Lahooti comes out of documentaries, and Darolshafaie is a journalist, and it could be that this whole fictional narrative thing is beyond their ken. In any case, anyone at Toronto hoping to make the next great discovery from Iran is going to have to wait.