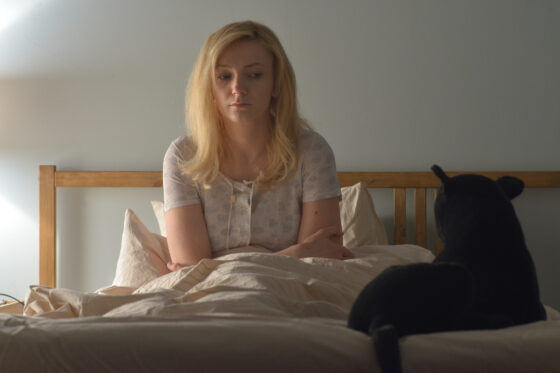 In describing the histrionic performances that tend to nab Oscars, Mike D’Angelo has noted that voters and juries often mistake “most acting” for “best acting.” I thought of this while watching On Body and Soul, perplexing winner of the Golden Bear at this year’s Berlinale. It isn’t just that this, the comeback film from Hungary’s Ildikó Enyedi (My Twentieth Century, Simon the Magician), hasn’t got a patch on other Berlin contenders from Hong Sangsoo, Alain Gomis, and Aki Kaurismäki, although there’s certainly that. No, the problem here is that the jury seems to have awarded Best Picture to the “Most Picture,” a film so muddled and overstuffed that it could, in just the right German winter light, appear moving or profound.

Really, On Body and Soul is a tangle of conflicting impulses, but to Enyedi’s credit (I suppose), she manages to partly conceal this with a thin veneer of placid respectability. This isn’t the sort of grand mal seizure you get from folks like Terry Gilliam, Darren Aronofsky, or Kim Ki-duk, but it’s an intellectual taffy-pull all the same, filled with ideas that range from the silly to the insulting. Mostly set in and around a slaughterhouse, Enyedi’s film essentially spins a fanciful tale about two lonelyhearts who find love in a hopeless place. But, not content to forge a posh romantic drama, the director includes actual, graphic animal slaughter in the film, just for a touch of high-minded, Austrian-style brutality.

Meanwhile, amidst all this gritty reality, her two lovers actually connect with each other in their dreams. Yes, they are linked by a magical bond, both meeting each night in a snowy glade, he as a buck, she a doe. What can this mean? Despite the fact that they’re sharing the same dream with their hearts that beat as one, there are impediments to the consummation of fate. Both of them are painfully awkward, you see. Endre (Géza Morcsányi), the slaughterhouse financial director, is a bit older and rather gruff; we don’t know exactly how he ended up with a paralyzed arm, but it implies that he’s been through some stuff. Meanwhile, Maria (Alexandra Borbély), the new beef inspector, comes off as naïve and as fragile as a china doll. But as we soon discover, that’s not the half of it: her brusque manner and fear of being touched seem to place Maria somewhere on the autism spectrum, which in this film makes her merely downbeat and quirky, a tough nut to crack.

It’s a bit like George Franju’s Amélie, with our Asperger’s Pixie Dream Girl and her prospective Differently-Abled Sugar Daddy struggling to connect amidst the bleeding cow carcasses, but meeting freely as kindred souls in the wonderland of their dreams. In this respect, On Body and Soul does live up to its name. Enyedi seems to be attempting a kind of cine-primer on immanence and transcendence, but the combination of brutalism, magic, and kitsch just results in what you’d expect: a pool of blood, milk, and melted popsicle in a gooey mess on the concrete floor. It’s just odd enough that you might want to stare at it a minute before hosing it away.