I Am Not Madame Bovary (China, Feng Xiaogang) — Special Presentations 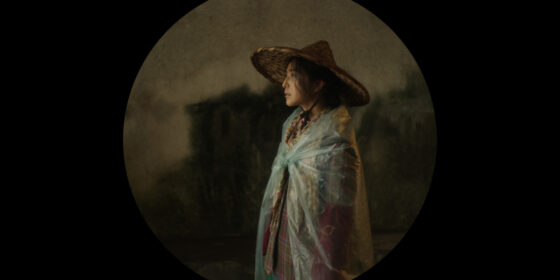 “The local police are idiots: there are no idiots in Beijing” is just one of the rather unusual lines of dialogue in Chinese blockbuster director Feng Xiaogang’s newest film I Am Not Madame Bovary. This one is different: a) there’s acid dripping from every line and shot, although Feng clearly wants to make a popular success. And b) Feng uses a circular “telescope” screen shape for much of his movie. This is weird.

Things start off a bit like Zhang Yimou’s The Story of Qiu Ju (1992). Here, the A-list actress is Fan Bingbing (currently China’s top female superstar, working hard but not really coming up to a Gong Li level of power or authenticity), dressing down as dowdy, dark-skinned peasant Li Xuelian. Li also has a grievance, the pursuit of which takes her successively up levels from local to provincial to national leaders, to seek redress. Her problem: she has fake-divorced her no-goodnik husband Qin to get better assigned village housing, but he has used it as an excuse to sleep with someone else. So she wants the fake divorce annulled, to be remarried, and then get a real divorce from Qin. A bit nutty, but she’s determined enough to take her case all the way to Beijing, bringing down the wrath of bumbling cops and officious bureaucrats, and eventually somehow scoring high-level attention. Then things get really zany.

But the film will be talked about for the spectacularly unorthodox shape of many of its shots: the frame is sometimes a circle, sometimes a square. And Feng has framed and shot his scenes in ways that ingeniously exploit these aspect ratios. There are layers of meaning to all of this that are worth working out on your own. All in all it’s a surprising and daring (in more ways than one) work from China’s best popular filmmaker.