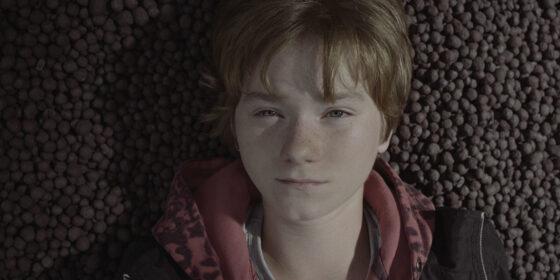 The spark at the heart of Nina is kindled by faith in forms. Slovakian director Juraj Lehotský meets us here with a mostly modest coming-of-age film, trusting that the spectacle of adolescent growth still holds enough weight to make the case for its existence just this once more.

Lehotský’s eponymous subject is a sweet-mannered 12-year-old schoolgirl navigating the emotional imbroglio of her parents’ separation. Excelling in competitive swimming and seemingly getting by rather sheepishly elsewhere, Nina emerges as a girl lost, at the whim of volatile family tensions, petty financial skirmishes, and a spiteful custody battle that ironically amplifies her sense of emotional neglect. When a particularly grievous event further complicates the situation and threatens to separate Nina from the pool, this sets in motion an unravelling that sees Nina stumbling toward her own small yet vital form of absolution.

Young Bibiana Nováková anchors the picture superbly in the title role, precisely capturing her character’s painful restraint. Through Nina’s gaze, we bear witness to the gilded haze of childhood falling by the wayside. Pointed dialogue is reserved only for pivotal moments, and the viewer, like Nina, is left to gather information through quiet observation. Lehotský peppers his realist palette with a few anomalous visual flourishes that supposedly speak to his characters’ inner lives, but mostly seem to satiate his own yen for the lyrical; these moments, like the film’s Aleš Březina-penned score, are sincere, but also perilously close to stylistic cliché.

On the whole, Nina doesn’t feel new. Lehotský’s motifs of transition and redemption are heavy-handed (caterpillar metamorphosis, the burial of a dead bird), and the prevalence of his crude symbolism begs the question of whether the imagery is meant to buttress a childlike worldview, or whether the filmmaking itself underestimates the viewer’s intelligence.