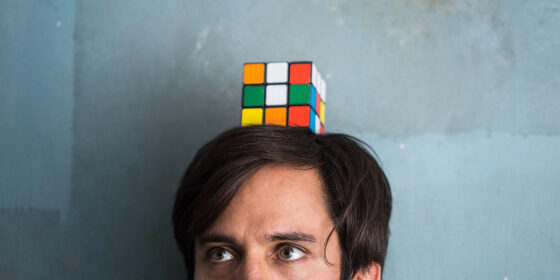 A not-very-bright film about a very intelligent topic, Museo tries to hedge its bets one too many times. It’s ostensibly about cultural patrimony, in particular the irony that a nation’s most treasured artifacts (such as those housed in the National Museum of Anthropology in Mexico City, which features prominently in Museo) are almost without exception the stuff of loot and plunder. Director Alonso Ruizpalacios makes this point explicit at the start of Museo by showing file footage of the controversial relocation of a giant statue of an Aztec god. Seen in this light, a museum theft centred on such artifacts should fall under the heading of “turnabout is fair play.”

But if this is the subtext Ruizpalacios is going for, it gets completely lost beneath the lunkheaded, buddy-movie shenanigans and warmed-over art heist manoeuvres. Juan (Gael García Bernal) and Wilson (Leonardo Ortíz Griz) are veterinary students and ne’er-do-wells who seem to rob the museum for the same reason a dog licks its balls, and with all the same political import. Museo is trying so hard to be a piece of big populist cinema that (much like its two protagonists) it never quite realizes its potential. Bonus points for a little tacked on gravitas, courtesy of Alfredo Castro as Juan’s stern but loving father, and Simon Russell Beale as a collector of Meso-American art objects who sees right through the boys’ attempted swindle. In short, this is the mash-up of Hudson Hawk and Les Statues meurent aussi that nobody asked for.