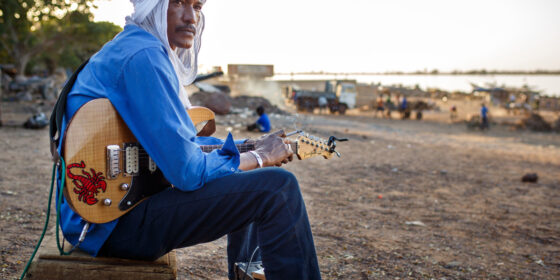 You might remember her minor but memorable performance in the Oscar-nominated Timbuktu (2014), but in Lutz Gregor’s Mali Blues singer Fatoumata Diawara’s electrifying pizzazz rightfully earns her the spotlight. Gregor documents Fatou’s journey of self-discovery on a concert tour of her native land, a country whose occupation by radical Islamists separated its citizens from their music, and with it their cultural identity. For those whom music had forged a sense of belonging, this scenario was tantamount to exile. Nuanced meditations on the limbo of the diaspora and celebrations of Mali’s ethnic plurality colour the fabric of this film, which vibrates with urgency and life. The showcase of Mali’s ripe musical heritage—from ngoni riffs to pulsating percussions and soulful raps—connects and engages audiences in the combat against silence and demand for explanations. Opening the room for honest conversations about long-standing traditions, including those that are due to be broken, this documentary is at its bravest when tackling real issues that threaten its subjects’ collective voice. The goosebump-inducing sequence in which Fatou heroically denounces female circumcision not only serves to advocate music’s potential in affecting real-life practices, but also marks a zenith of the music documentary genre. With an infectious zeal for change and a heart that’s in perfect symphony with her mind—for unity, for tolerance, for forgiveness, for solidarity, for herself, and for Mali—Fatou sings.