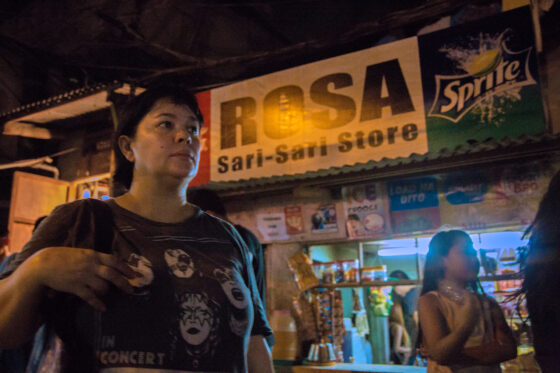 Brillante Mendoza—always less than brilliant—has clearly made it his mandate to project the ugliness of modern Manileño life by making films that embody said ugliness, which invariably results in films that are a) ugly, and b) predetermined, single-minded, and boring. (Others prefer to call it ‘neorealist’, because everything sounds prettier as an -ism.) Ma’ Rosa is no different, but at least, according to this year’s Cannes jury, it gave us a great lead performance from Jaclyn Jose. (Great? Not even close, though Donald Sutherland was, for a moment, correct to point out that critics declaring it to be more of a supporting role than a leading one were “wrong”; I’ve yet to find a single example of this critical claim, but perhaps I’m just reading the right people.)

Trolling the underworld of urban convenience-store management, Mendoza trains his handheld DV gaze (once again captured by DP Odyssey Flores—and it’s an odyssey alright) on a family of drug dealers who must find some way, any way, to amass a couple hundred thousand pesos so that they can bail out its materfamilias after a sting operation finds the whole clan in hot water. This unsurprisingly results in petty crimes and prostitution—whatever amounts to the most mundane forms of humiliation—because honestly, where else was this movie going to go? Dropping in a final sequence that stresses some Bressonian depth to its preoccupations with the body, labour, spiritual innocence, and all of these elements’ relationships to money, Mendoza is a filmmaker who believes so firmly in his audience’s ability to understand the manifest damnation of his nation that the iota of salvation he concocts for his characters arrives in the image of a woman weeping nobly into a cheap skewered snack purchased from a street vendor. At least Sutherland was moved.