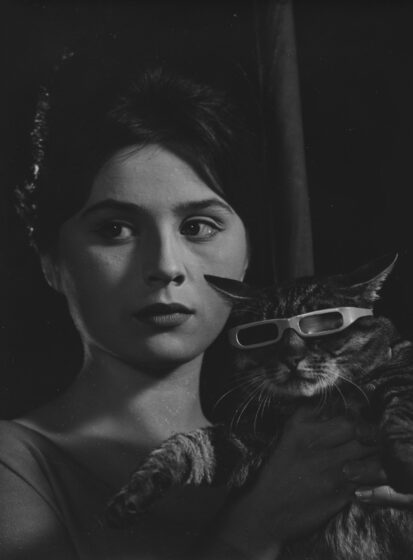 “Variety and multiplicity are the two most powerful vehicles of lust.”—Marquis De Sade

Were we to emulate the Biblical terminology Il Cinema Ritrovato employs to describe one of its sections and apply it to the festival experience as a whole, rather than a Paradise the Bologna festival is more like a guilt-free Purgatory, a place of “sinful” indulgence bar the punishment. From the Judaeo-Christian Eden mankind was thrown out due to Eve’s lascivious apple-picking; at Il Cinema Ritrovato apples are plentiful and lustful ingestions of forbidden fruits are welcome. If access to Paradise is granted via chastity and repentance, this festival’s bounty of tempting offerings calls for an unrestricted libido of the imagination, the boundless ecstasy of feminine eros rather than masculine haste.

It’s definitely more an Eve’s than an Adam’s festival, and the film here that perhaps best exemplified such an “unholy” vocation was Vera Chytilova’s Daisies (1966), a joyful and impertinent swirl of colours, quips and edited accelerations. Here the Czech filmmaker depicts and conveys the inexhaustible vitality of femininity, its arousing verve and energy measured against the stiff greyness of boring men. With chromatic exuberance and swarming indiscipline, Daisies reclaims the vital role desire plays in opposing the normative clamp of rationality. The sublime pastel colours form an amalgamated whole with the acting, dialogues are blended in by montage in what feels more a gustatory rather than an aesthetic experience.

The section in which Chytilova’s film screened, Emulsion Matters—which showcased Czech films from 1963 to 1968 that were filmed on Orwocolor (Eastern European Agfacolor) and in combinations with other film stocks— celebrated the sensorial dimension of moving images, teasing the gap between figurative suggestion and tactile appeasement, aesthetics and their material support. In The Cassandra Cat (Az Prijde Kocour, 1963), Vojtéch Jasny filters the alchemy of different film stocks through a 3D-glasses-wearing cat, not to represent reality but to unmask its travesty. The allegorical feline can in fact determine with a single glance the nature of people, so that when he looks at them they turn violet if they’re liars, grey if thieves, yellow if unfaithful, and red if in love. Along with the alchemical potential of colour, Jasny’s film also exalts the feisty audacity of infancy. The Cassandra Cat is an ode to the innate insubordination fomenting in every child, that ability to transfigure the world at your imagination’s whim—the ultimate terror of all totalitarian states, here gleefully mocked through the eyes of childhood.

When sifting through the archives of film history reactionary nostalgia is always just around the corner, as the festival catalogue’s introduction predictably confirms. “Could a film so stubbornly independent be made today?” ask the authors in reference to Agnès Varda’s debut feature; “How many critics today, when presented with such an innovative film, would respond with such profound and inspired words,” they muse in relation to a contemporary critical reaction to Resnais’ Hiroshima mon amour (1959). Were these trite, rhetorical questions negatively verifiable, then we might as well aim for our genitals and pull the trigger. Thankfully, however, people have been reminiscing about the golden ages since the golden ages. Why mourn an idealized past when its offerings are finding breathing space in the present, when previous hierarchies and canons are being called into question by startling new discoveries? The point of rediscovery and re-evaluation is to inject new life into the present of cinema, to constantly wonder at its unknown surprises, to realize that its future is still unwritten.

That doesn’t mean, however, that one should close their eyes and project a reality that is not there. The forward surge of film history is undoubtedly experiencing a standstill, along with the civilization that gave birth to it. Nonetheless the present, not an idealized past, remains the only place and time that is given to reinvent film and its forms. To dig into the dustier corners of its history and thus reconsider what had seemed immovable should be an incentive to move forward, not a longing stare after a past that will not return. Said past, with the help of archives, should be dissected and, if necessary, its official records disputed so as to avoid tragedy turning into farce.

Cinema, after all, has often passed idealized versions of the history it pretended to capture, favouring legends over actuality, as in the case of Rossellini’s Rome Open City (1945), which the festival presented in a restored copy. (Un)like the genre it inaugurated, there is nothing (neo)realistic about Rossellini’s film except for its locations. In Rome Open City, the Italian peninsula is suddenly inhabited by a courageous, anti-fascist population proudly opposing the German invaders—their former allies and partners in war crimes, including the planned extermination of six million Jews which Italians, so lovingly depicted by Rossellini, had actively contributed to. In the film the local priest, policeman, and the general Roman citizenry are all outraged by the cruelty of the Germans; in reality, the Vatican had eagerly supported Fascism, “former” fascists were institutionally recycled in the postwar period, and the Italian capital, unlike some cities in the north, had manifested no meaningful resistance against either the Fascists or the Nazis. Historical accuracy and Rossellini’s “masterpiece” are total strangers to each other, but the film’s romanticized view of Hitler’s accomplices is still far too convenient and appealing to the country’s new allies/liberators/colonizers to be debunked. 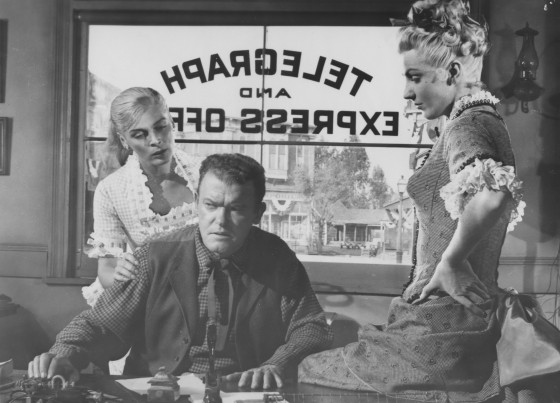 Yet debunking is precisely what archival research should and can do, as the Allan Dwan retrospective adumbrates. Filming the improvable while exposing the complexity of social relations, where truth is never where the majority expects it to be, Dwan’s films are not reconciled acts of narrative investigation. Never was a 4th of July so full of lies, deception, and mutual distrust as in his Silver Lode (1954), an ingenious variation on Zinnemann’s High Noon (1952). Dwan’s work and its oblique approach to film genres gives evidence of the existence of alternative (hi)stories, of sub-canons calling into question the validity of “absolute” masters. The man of steel in The Most Dangerous Man Alive (1961)—a film of miraculous interiors and science-fictional austerity—acts all too humanly. A victim of his own mutation and avenger of his personal interests, The Most Dangerous Man Alive is also a most cynical and decadent B-movie painted with a mournful brush of the darkest expressionism. Where once there was duality, Dwan’s oeuvre unveils a multiplicity of motivations, endings and solutions. Desertion—of codes, narrative conventions and expectations—is Dwan’s testament, and his legacy invites us to look at the margins of film history as central to its development, linear only on the surface.

Not necessarily “pure,” the festival also shed light on discreet celluloid visitors whose lives and careers have tangentially crossed the big screen. The first and last film by Franco-Italo-Jewish-Tunisian linguist Marc Scialom, Lettre á la prison (1969-70), was accorded a single precious screening. The film follows the aimless trajectory of a Tunisian man looking for his brother in France where the latter has been accused of murder. Brilliantly conveying the man’s estrangement and fear as he grapples with diversity, prejudices, and his alienated compatriots, Lettre á la prison moves to the beat of life, maintaining a subjective detachment from its characters. Peter Brook’s Tell Me Lies (1968) numbers among the famed British theatre director’s few incursions into cinema. One of the most fervent creative minds of the 20th century, Brook here sketches a pop-cultural report on the Vietnam War, its images ricocheting through the media and reflecting into the minds of Britons in the summer of 1968 after the death of Christ and before the death of utopia. An irreverent mosaic of positions, contradictions and political subsidence, Tell Me Lies, along with de Antonio’s In the Year of the Pig (1968), is one of the most interesting takes on the first media war.

Way too many to be even mentioned were the rediscovered delights on display at Il Cinema Ritrovato, an event restricted not to “members only,” where the cult-like and autistic dimension of compulsive cinephilia was diluted thanks to diverse and numerous audiences. Professionals, students, curious punters and film-loving commoners alike gathered in Bologna to celebrate a genuine passion, not to fuel a fetish. Partly due to a hosting city that is historically open to cultural challenges, Il Cinema Ritrovato demonstrates that “old” films from “obscure” chapters of film history are not the sole province of film maniacs but can meet larger, appreciative audiences. Now that curators have become posthumous producers in their own right, festivals like Il Cinema Ritrovato are likely to grow more and more influential. Archives in fact are not only a place to store films but a source of reimagination, historical confutation and critical revision. No longer serving as museums of mummified artefacts but as sites for the reconfiguration of our cinematic knowledge and tastes, may the role of such festivals be that of innovators rather than conservators.