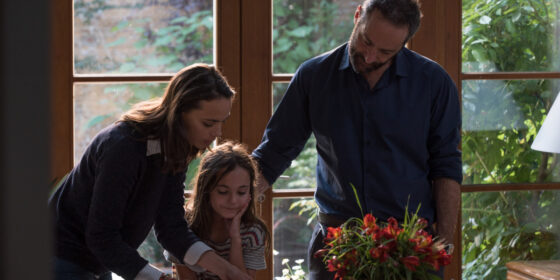 One of the boxes automatically checked by most critics on the occasion of After Love’s Cannes premiere was high praise for the film’s lead actors, Bérénice Béjo and Cédric Kahn. (See such comments as “they carry the film.”) Indeed, this account of the final stages in a couple’s separation is permanently focused on the pair, watching them struggle within their bourgeois apartment—their living environment, and also the object of their ultimate dispute. The actors do what they are told, and their rendition of Joachim Lafosse’s choreography of bickering is orderly and in no way spontaneous. (By the way, one may wonder why Béjo keeps being cast to act indignation or rancour, which is clearly not her strong suit. When allowed to let go and show her more vulnerable self, she’s okay.)

The main issue with After Love is that procedural box-checking is also what the Belgian filmmaker seems to keep doing. This new disturbing-indoor-psychological drama sees him, yet again, choose one angle of attack (here, money) and break it down to reveal human baseness. This technique of dissection is not without its moments of pertinence or affect, but it is, mostly, wearyingly formulaic. His stubbornness in observing events from a theoretical throne can in itself explain the flop of one central, heavily referenced scene, in which a tableful of friends (but what kind of a word is “friend” in Lafosse’s world?) is scandalized by the mere presence of the dumped husband. The repetitive, insincere, and ultimately pointless dialogue in this crucial scene thoroughly tinges one’s impression of the whole film.