Longue durée: The Images Festival at 25 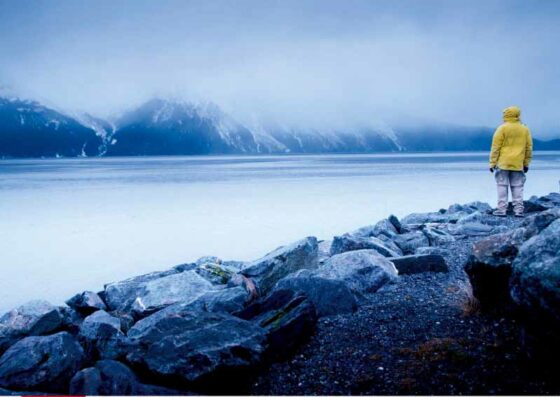 The windows were all shaded and the sunlight could no more penetrate these dark rooms than the unanticipated image of a different landscape.—Paul Virilio

“More than anything else, it’s about duration,” Images Festival programmer Kate MacKay pronounced jubilantly as we found ourselves hurtling towards April 12th, the opening of the festival’s 2012 installment and the mark of its passage into a second quarter-century. So, what would such a milestone mean for the largest experimental and avant-garde on- and offscreen festival of moving images in North America? If this year’s programme sought to give some semblance of an answer to that question, it was also seeking, as per Virilio’s maxim, to “treat light like the shadow of time,” to trace between the seen and the unseen, the real and the imaginary, towards something irreducible, inexplicable and ecstatic.

We embarked tempestuously with The Nine Muses, the latest feature by John Akomfrah, co-founder of the Black Audio Film Collective. In nine chapters, Akomfrah intricately composes an essayistic collage of images, poetry, prose (running the gamut from Shakespeare to Eliot to Rabindranth Tagore) and music on the history of postwar migrations in Britain, while re-situating the myth of The Odyssey against the austere, boreal landscape of contemporary Alaska. Although its insistence on both formal and narrative intertextuality felt at times heavy-handed, the recurring sight of a nameless, faceless visitor, back towards us, turned the screen into a window opening up onto an immeasurably expansive and solitary terrain.

Weather is that which is in between the visible and invisible, of form and formlessness, in Jacqueline Goss’ The Observers. The Bard professor and Images veteran returned to her hometown of New Hampshire and journeyed to the observatory atop Mt. Washington (one of the last in the world still inhabited by researchers), which holds the record for the highest wind speed ever recorded by a human. Shooting in luminous 16mm (partially for very practical reasons: when it was 30 degrees Fahrenheit below zero, the Aaton was the only affordable camera that didn’t malfunction), Goss captures the durée of quotidian work through the experience of two nameless characters (sometimes facing us but maintaining a stubborn silence), one in the winter and one in the spring. As the horizon disappears into snow and clouds, spatial Cartesianism begins to fold into itself; the sun becomes a dilating, inverse aperture breaking through and being obscured by the white-on-white origin-image of the landscape, unearthing memories of images by Malevich and Tarkovsky. Inside the pre-modern structure of the observatory, a breathtakingly long, slow tracking shot drifts over waxed concrete floors and intermingles the site’s architecture with the film’s own formalist design. Through images exposed by a semi-circle of snow-veiled windows, sight and the object of sight become inextricable from each other. 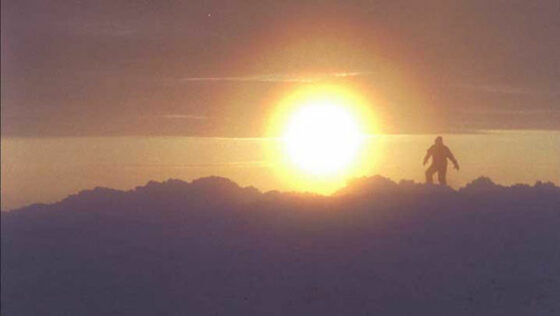 These immense and turbulent natural forms find their contrast in the human impulse to meticulously measure and record, thematically linking The Observers to Goss’ previous works. “My filmmaking is largely about the act of measuring,” she said in an interview, “it’s a very human condition to crave order and quantification, but also to yearn for the un-measurable and unknowable.” Contrasting her childhood mythopoetic impressions of the mountain with the prosaic empiricism of the observatory’s measuring mechanisms, Goss allows solitude, emptiness and entropy to fill the gulf between those poles, glazing the images with an enigmatic sci-fi sheen and merging a personal, solitary lived-time with the cosmic. 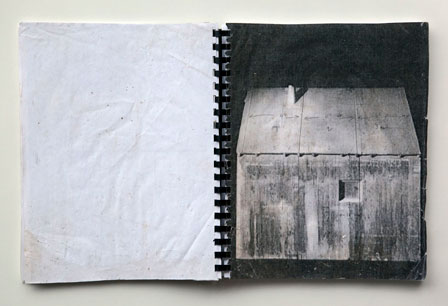 How to inhabit this lived-time? Homes and shelters become basic measuring units against invisible and unknowable realities. Both James Benning’s Two Cabins and Antoine Bourges’ East Hastings Pharmacy are predicated upon the recreation of different shelters against the elements, though in very disparate formalist iterations. The former is a metonymic representation of a vast, ever-evolving art project that Benning began in 2007, reconstructing the cabins of two prototypical American loners—Henry David Thoreau and Ted Kaczynski—and re-situating them as mutual counterparts in location and context. Presented in its in-cinema version, as opposed to the two-channel gallery video installation, the film consists of two long takes which, if nothing else, present poetic visualizations of duration through sound and image. 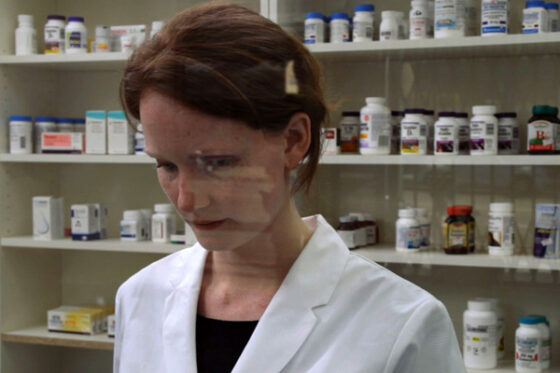 Bourges’ extremely adroit first feature is an aesthetic and anthropological investigation of the social rehabilitation structure for heroin addicts in Vancouver’s notorious Downtown Eastside, and perhaps necessarily, of the documentary mode and its verisimilitude as a form of storytelling. Bourges began by reconstructing a carbon copy of the methadone clinic he passed by daily on his route to school just a few steps away from the original. Filming dramatic daily denouements between the pharmacist and patients in this simulacrum, using both professional actors and real methadone patients who “play themselves,” Bourges creates not a portrait of social reality but a trompe l’oeil that reaches even further towards an irreducible reality. 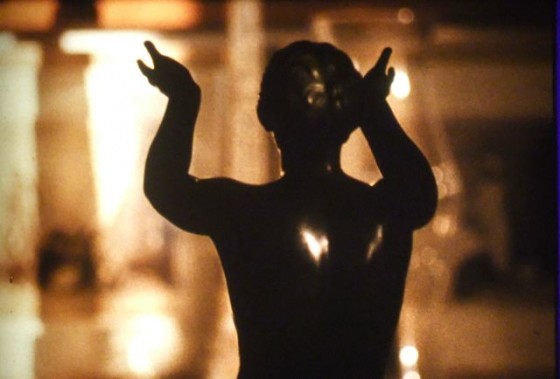 Absence as well can be reflected in this kind of duration, as embodied by the sheltering structures in Robert Beavers’ fleeting yet scintillating portrait of lived-time in The Suppliant, filmed largely in and near the Brooklyn apartment of his recently departed friend Jacques Dehornois. In Lina Rodriguez’s Protocol, a swift, 75-second exercise in a historical-materialist vein, the fluttering shadow of a flag against the monumental walls of the Castillo de San Felipe de Barajas in Cartagena comes to signify the absence of that power which the structure was built to consecrate. Chris Kennedy’s Towards a Vanishing Point reminds us that perspective (and, by extension, time) is only a myth of vision by deftly interweaving a series of images shot in Coba, Mexico and the Siwa Oasis in Egypt with found footage, engaging in the play and disappearance of the vanishing point.

In Mike Gibisser’s personal, elegiac four-part visual poem The Motive Power Series, entropy returns to the empty house and to its memories, each time in the form of a distinct spatial and temporal investigation, and alchemically fusing the quotidian with a different law of thermodynamics. “Death,” says Gibisser in his artist statement, “is snowstorm in the summer.”And it is death which is the curatorial axis mundi of the programme containing what is perhaps the centerpiece of the festival: the staggering Academy Film Archive restoration of Chick Strand’s final, unfinished film Woman with Flowers, an intimate portrait of a flower vendor in Mexico. Surpassing documentary and melodrama, Strand’s delicate and measured ethnography and aesthetic abstraction is at once subjective and compassionate. Gliding around its subject weightlessly, the camera turns her into a luminous apparition, the close-up images abstracted by glimmering light and intense washes of phosphorescent color (and what color!). As she tells startling stories of her past, of domestic abuse and suffering, what emerges is not shock but rather a humble grace and the exquisite beauty of quotidian work. 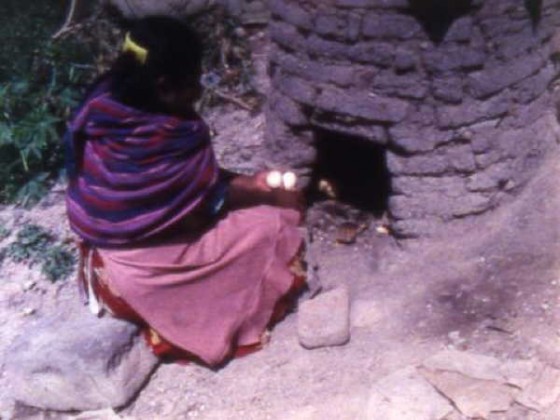 Beholden, perhaps, less to death than to disappearance, Strand’s film is a transitory shelter, like the opening shot of Lav Diaz’s Florentina Hubaldo, CTE, and the haunting final image of Ben Rivers’ Two Years at Sea, which feel as though their end could mark the beginning of some tangible contact with the void. Perhaps what the Images Festival has best taught us for its first twenty-five years, and will continue to do, is to see beauty with new eyes and to contemplate a deeper, invisible reality—one where materiality and duration bleed calmly, imperceptibly into no-place, no-time and no-thing. 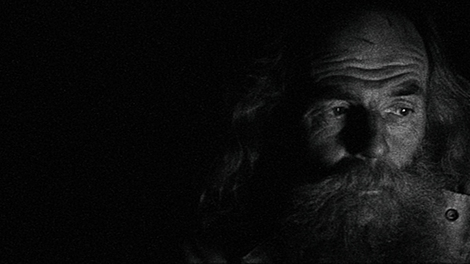