My Life as a Courgette (Claude Barras, Switzerland/France) — TIFF Kids 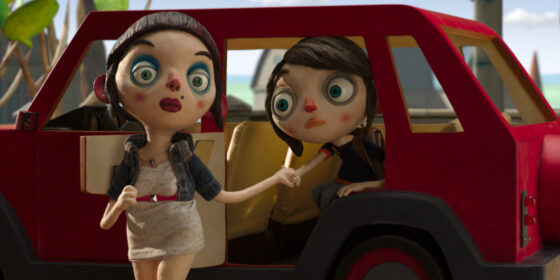 Don’t let the TIFF Kids designation fool you: Swiss animator Claude Barras’ My Life as a Courgette, one of the bright spots of this year’s Quinzaine, is one of the most emotionally acute and sharply observed films in recent memory. Scripted by Céline Sciamma (director of Girlhood and Tomboy) from a novel by Gilles Paris, the film follows the literally wide-eyed Icare, who, following the accidental death of his alcoholic mother, is shipped off to a foster home where he’s forced to live amongst a group of youngsters brought together under similarly unfortunate circumstances. Initially forlorn, Icare––nicknamed “Courgette” (or “Zucchini”) by his late mother––soon warms up to his peers as the children bond over late-night stories and flashlight games, snowball fights and good old-fashioned willy talk.

Following a handful of shorts over the last decade, My Life as a Courgette marks Barras’ feature debut, and at just over an hour the film creates a detailed and recognizable world where the smallest moments leave lasting impressions. Centring the film’s focus directly on Icare and the other orphans, Barras and Sciamma capture the oftentimes unrequited optimism of youth; the adults, while never outright evil, lurk behind a veil of responsibility, shading the children’s all-for-one-and-one-for-all camaraderie. Charmingly homespun, the stop-motion animation is intricate and expressive, allowing the kids’ unique personalities to shine forth from their petite frames and oblong heads. Shrewdly contrasting this delicate facade with heavy themes and a melancholic tenor, Barras and Sciamma make the most of their modest designs, elevating a simple premise and potentially saccharine platitudes (“There’s nobody left to love us”; “Sometimes we cry because we’re happy”) into painfully universal insights.