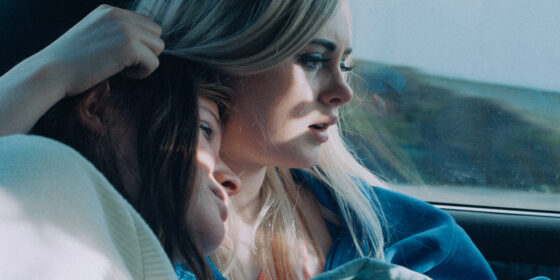 Turns out the kids aren’t all right—that’s the primary takeaway from the feels-every-second-of-it 136 minutes of Let Me Fall, a new piece of Scandinavian miseryporn that one hopes could be the corrective to this year’s addiction drama  (and fellow TIFF selection) Beautiful Boy, or at least that Chalamet Oscar vehicle’s trailer.

Epic in length if not in ideas, the film covers decades (of course, in a non-linear fashion) in the life of Magnea (Elín Sif Halldórsdóttir) and Stella (Eyrún Björk Jakobsdóttir), initially seen as two young girls from small-town Iceland stuck in a typical teenage wasteland of middle-class discontent, with parties the only avenue to escape droning school teachers or parents who simply want to pop some corn and watch an old horror flick. Naturally and, ahem, tragically, the options of escape transition from booze to heroin, starting a chain of events that will leave the fates of the two girls destructively intertwined for years to come. And of course, for the sake of dramatic dialectics, their adult life will offer each different options: the clean, recovered Stella has a cozy married life full of public speaking gigs on addiction, while the still-hooked Magnea must make do with sores applied by the underbudgeted makeup department. And don’t worry, the careful flashback structure will be sure to further remind us of this lopsided binary between their lives throughout.

While the temporal trickery may be window dressing for a lack of imagination (even if, as a title card reminds us, the film is drawing from a supposed treasure trove of real-life incidents), it’s hard not to perk up a little when director Baldvin Z throws in the occasional ostentatious camera move. A particular Steadicam shot that recoils away from an assault (think Hitchcock’s Frenzy) is certainly gross on its own moral level, but at least distracting from the humdrum dramaturgy, if only for a few moments. Though, unfortunately, it can’t offset 136 minutes’ worth of “moments.”