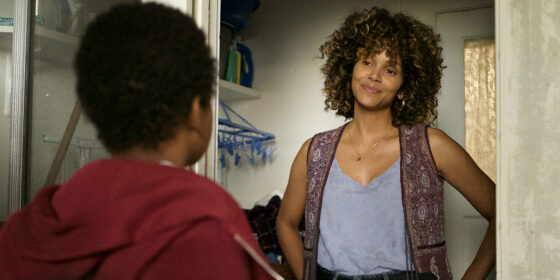 Using the 1992 riots that followed the acquittal of four LAPD officers caught on tape beating Rodney King as pretext for a meet-cute between Halle Berry and Daniel Craig, Deniz Gamze Ergüven’s nightmarishly terrible Kings has a long career ahead of it as an object lesson in how not to exploit current events for festival acclaim or (somehow even unlikelier) box-office profit. As of this writing, TIFF jettisoned one press screening ahead of the film’s world premiere, with the next slated two days thereafter; in industry terms, The Orchard would do well to cancel release entirely and save themselves the stress of what will be an inevitable, painful backlash in the public sphere. Then again, any film programmer knows cancelling Kings would mean giving it a mythic “lost movie” status that can only lead to connoisseur heartbreak further down the line, so perhaps there is a teachable moment here.

Ergüven draws pathos from a family of foster children under Berry’s put-upon care—as in Mustang, sun-dappled montages of young bodies cuddling and giggling against a reedy retread of Warren Ellis’ The Assassination of Jesse James By The Coward Robert Ford score is what passes for character development—and the screenplay, much like S. Craig Zahler’s for Brawl In Cell Block 99, features working-class people invariably talking like characters in a centuries-old romance novel, wherein every basic exchange is an opportunity to discourse on one’s lot in life. Craig plays a hard-hearted aspiring screenwriter who lives next door and does his dishes in the nude, later proving invaluable in helping Berry corral three of her younger kids to safety when all hell breaks loose. The threat of being in the wrong place at the wrong time is kept nigh, the ensemble shrieking and wailing is Żuławski-worthy, and easy-reach historical parallelisms don’t mask the fact Ergüven is preying on marginalized narratives—allegedly taken from survivor testimonies, albeit soldered into an aspartame-sweet triumph of the human spirit tale that doubles as exploitation cinema when you remember just how fucked up things are in America 25 years later. Mustang was lauded for giving voice to the bold notion that teenage girls deserve better than family imprisonment; while a far murkier proposition, Kings is comparable for demonstrating how low the bar for this type of issue representation has been set.