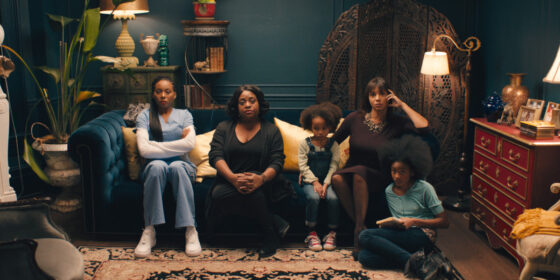 Perhaps it’s not fair to Jean of the Joneses to interpret it as a direct answer to the lily-white “millennial artistic type makes their way through Brooklyn” narratives of recent times, be it Girls, Frances Ha (2012) or Listen Up Philip (2014). Yet as it opens on its eponymous Jamaican-American heroine (Taylour Paige) breaking up with her ineffectual, white hipster boyfriend, it would seem the gauntlet has almost certainly been thrown down.

Homeless after the split and bouncing from couch to couch, the pressure for aspiring writer Jean to deliver on her literary promise (and essentially to become a functioning adult) grows even greater. While her publisher wants the next Zadie Smith, Jean feels like she has to be a Solomon Northup-like martyr to be of any importance (both authors are cited in the dialogue). The increasingly politicized nature of being black in America is taking its toll on her, even if her ultra-hip exterior doesn’t seem to crack. Further complications ensue following the sudden death of Jean’s estranged father, which opens up a classist can of worms from her Brooklyn-residing family when they find out he spent his last years living in Harlem, bringing into question how much they truly value lineage.

Considering that it’s based in such a particular milieu, it’s disappointing that so much of Jean of the Joneses feels commonplace, from dialogue that consists mostly of sitcom-ready quips to staid mise en scène that stagnates Paige’s game performance, to the banal “find yourself” narrative endgame. This film about literary principles takes the easy way out; if only Meghie had the courage of her initial convictions.