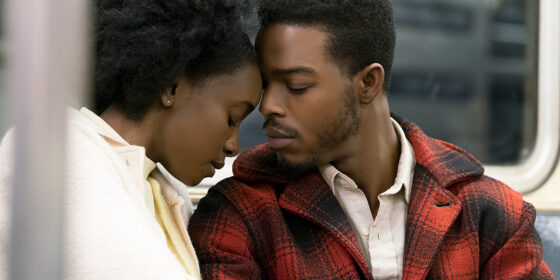 There is perhaps no contemporary filmmaker better suited to adapting the work of James Baldwin than Barry Jenkins. Much like Jenkins, Baldwin’s work is less expository than it is a feeling made concrete: a translation of black consciousness, space, and time into words that are as generous as they are unambiguous. His form is a testament to care; the black lives he gives shape to, which he loved so dearly and fought for just as fiercely, are never realized with anything less than a studied fullness.

This influence, inadvertent or not, on Jenkins has been omnipresent in the director’s work. With his newest feature, If Beale Street Could Talk, Jenkins rightly returns to many of the authorial manoeuvres that previously echoed Baldwin’s phenomenological formalism in Medicine for Melancholy and Moonlight. Few will be surprised that he makes artful use of faces and forms, beautifully lit and vibrantly figured, or that his adaptation of Baldwin’s fifth novel has a tone of deep reverence and respect for its source material. It is foreseeable for most that Jenkins renders the story of a young black man wrongly imprisoned (Stephan James) with a graceful compassion. And quite surely, the director makes art out of black love’s various natures, particularly when it comes to both the ever-capable strength and indispensable vulnerability of black women (Kiki Layne and Regina King).

But there is something missing in Jenkins’ If Beale Street Could Talk, something lost in a translation that, at times, imparts a sense of haste in moments which call for a more deliberate pace. The still space between the soul of Baldwin and the vision of Jenkins—that poetic space which was so lushly considered in Moonlight, giving narrative over to moments in a way that so clearly placed the film within Baldwin’s lineage—is here apparent, but abridged. Jenkins approaches his adaptation with a dedication and intent that is readily discernible, yet stands just shy of fully realizing the sublime expanse of that space between, that embodied potential wherein lived form and poetics combine—though it must be said, such a space is neither easily nor often reached.