I Love You, Daddy (Louis C.K., US) — Special Presentations 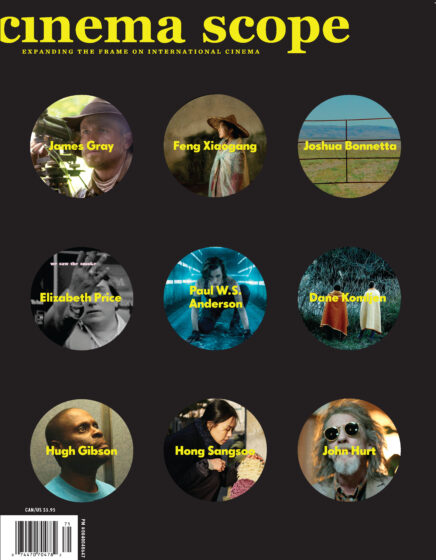 Full disclosure: An issue of this publication (CS 70, to be precise [Ed. note: not cleared for use]) appears laid atop the desk of Glen Topher (Louis C.K.), the creatively blocked but nevertheless richer-than-God television writer/producer whose daughter China (Chloë Grace Moretz, surely a career-best turn) moves into his opulent penthouse in C.K.’s third feature, his first since 2001’s epochal Pootie Tang. I Love You, Daddy is a richly untidy work whose relentless insistence on “going there” exhilaratingly approaches the crux of what it is to be an American—specifically an American white man—in the age of Trump, with plenty of pangs of moral shame and embarrassed laughs to go around.

Glen realizes much too late that his parenting style—blank-check submissiveness to the mildly decadent whims of the 17-year-old girl who has it all—is helping to cultivate a woman adrift, flying off to Florida in his private jet whenever she feels like it and planning to take a gap year between her impending graduation and college just because. At the same time, Glen can’t for the life of him script his new, passionless television series about nurses, frequently sending his beleaguered production manager (an excellent Edie Falco) flying off the handle as their airdate creeps closer. A budding romance with a pregnant movie star (Rose Byrne) seems to promise a shred of interpersonal reprieve but also brings him and China into contact with his hero, iconic filmmaker Leslie Goodwin (John Malkovich, brilliant as a Woody Allen/Roman Polanski amalgam cruising Barneys in a sarong) whose career of apparently towering cinematic achievements has long been beset by rumors of his carnal preference for very young girls. China is soon spending all of her time in the notorious perv’s company, and Glen’s all-consuming paranoia about what the two may or may not be doing with/to one another threatens to further crack the already thin existential ice upon which he’s been walking for some time.

I Love You, Daddy satisfyingly, nauseatingly delivers on the promise that C.K.’s Louie flashed here and there—namely, that its creator/star had an iconoclastic, profoundly uncomfortable and uncomfortably profound film somewhere within the bounds of his Nietzschean imagination. Its ravishing black and white, shot-on-35mm, deliberately soundstage-y aesthetic shouldn’t so much recall Allen’s yuckiest greatest hit (Manhattan) as darkly conjure the white male ego’s endless system of delusions, never more dangerous than when ineptly put in the service of trying do the right thing. “I’m sorry, women,” Glen offers at one point—an apology that’s excruciatingly funny in context but also impossible, and too little too late in a messy world ruled by privilege and fame and everywhere marked by the damage wrought by dumb men.