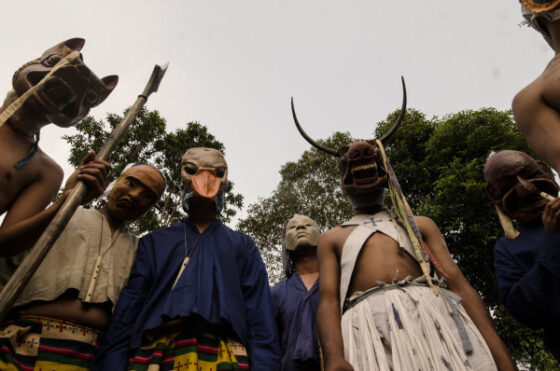 As the world’s only Buddhist lama who also makes movies that screen at major international festivals and have received commercial releases, Khyentse Norbu is quite the operator. Under his Buddhist name Dzongsar Khyentse Rinpoche, he conducts sessions in India and his native Bhutan and, as he is thought to be the incarnation of 19th-century Buddhist saint Jamyang Khyentse Wangpo, he supervises Tibet’s Dzongsar monastery. At the same time, he’s a partner with producer Jeremy Thomas and, no doubt with Thomas’ help, has enough pull in the international film world to get Tony Leung Chiu-Wai in his cast and Tian Zhuangzhuang to be his editor.

This may be useful to know before watching Norbu’s Hema Hema: Sing Me a Song While I Wait, since he’s also become a somewhat obscure figure: his previous movie, Vara: A Blessing (2013), made after a decade-long break from features, vanished without a trace. It’s been an odd silence after success with Travellers and Magicians (2003) and his semi-comedy art-house hit The Cup (1999), which established his rep as The Worldly Lama. It’s also useful to know that almost nothing depicted in Hema Hema—a retreat in a Bhutan forest steeped in mystical rituals, dances, and performances, and led by a guru who insists that his followers must wear a mask at all times—is anthropologically correct or even exactly Buddhist.

The movie, in fact, is a kind of puzzle palace. Although the milieu creates anonymity (“anonymity,” the guru says, “is power”) and therefore collectivity, the movie trains its gaze on an individual (Tshering Dorji) whom we see before he dons his mask. Even more perversely, he’s the tale’s ostensible hero until he commits such an unexpectedly heinous act that loyalties are ripped to shreds. While Hema Hema appears on the surface to be a morality play, it actually undermines this at several steps, right up to the end in a techno dance club. Norbu, who has written that when we watch a movie “something in our hearts is telling us that we know it’s not real, that it’s not a big deal,” has made a movie designed to do nothing but provoke questions. It’s an interesting gambit for an international man of cinema, and nirvana.