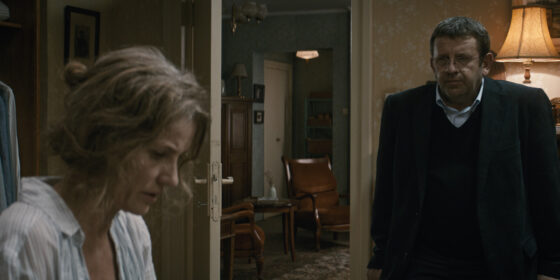 The only thing more preordained than the direction, narrative structure, rhythm, colour palette, and general sense of morality on display in Cristian Mungiu’s latest film is that you are going to see it—because it is an Important Work of World Cinema from the man who is still the only Palme d’Or-winning director to have been born in Romania—and so in lieu of writing out a summary of its plot (which I would have utilized to fill up some space here if I were at all able to remember it or motivated to look it up), I’ll instead reiterate that I found his underrated previous film, Beyond the Hills (2012), to be, if nothing else, a rhythmically propulsive work that hit and sustained such an elevated level of frenzy and mania that I thought I was going to pass out before it ended, and that this was because it believed its stakes could only be communicated, made tangible, by expressing them in a register that wasn’t concerned with thinking through the country’s bureaucratic bullshit, or its communist past, or the troubling relationship between religion and the state; they seemed, rather, to be coming from someone who wanted to express, fairly urgently, what love feels like when it hits a wall and is set on fire—its reciprocation precluded by whatever, because in the moment it doesn’t really matter what’s causing it. A familiar idea, but one—hinged as it was on sensation—that I felt. Graduation, best as I can recall, provides no such thing.