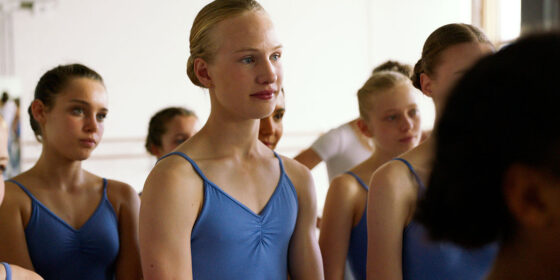 Lukas Dhont is a name you will see again. With his debut feature Girl, which won nearly every award it could at Cannes (the Un Certain Regard FIPRESCI Prize, the Camera d’Or, the Queer Palm, plus a Best Actor prize for 16-year-old star Victor Polster), the Belgian director achieved something akin to what Xavier Dolan managed back in 2009 with J’ai tué ma mère, and thus guaranteed himself a bright future on the Croisette. Granted, it’s not hard to see the appeal. Although misguidedly described by Variety’s Peter Debruge as a story “about a boy who wants to be a ballerina” (was the title not clear enough?), Girl is actually rather canny about its lead character, 16-year-old trans dancer Lara (Polster), whose robust support network (mostly family and medical professionals) allows the film to sidestep the expected practical barriers to her growth. Instead, Dhont channels the usual concerns of adolescent coming-of-age stories (sexual exploration, peer acceptance, parental clashes) into an intense, at times procedural bodily focus that draws equally from the specifics (both physical and medical) of her ongoing transition as from the rigorous demands of the Royal Ballet School Antwerp.

Which is all to say that Dhont and co-writer Angelo Tijssens largely resist “universalizing” Lara’s experience and zero in on the specific conflict that occurs when one’s body refuses to conform to one’s identity—or, more acutely here, when it refuses to do so with sufficient speed. Adolescence doesn’t wait. Accordingly, a romantic subplot with a cute neighbour is forestalled not by a lack of desire, but by Lara’s hesitancy to act before her body has fully changed. But even leaving fraught issues of what Dhont has termed “genderless casting” aside (Polster identifies as cisgender), Girl eventually raises suspicion for its clumsy escalation of glibly “harrowing” detail. (A public indignity brought about by Lara’s peers, who are otherwise ignored for much of the runtime, is particularly galling.) Its climactic shock and arthouse circuit-ready closing image—of Lara striding confidently into a crowded space, having now completed her self-actualization per Dhont’s limiting construct—augur the career that is to come.