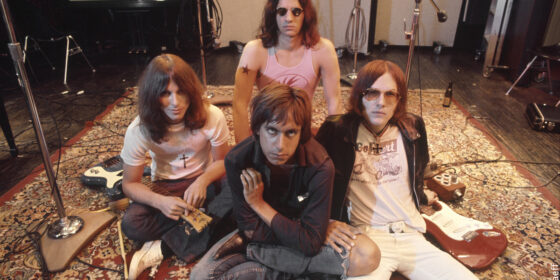 As with Year of the Horse (1997), Gimme Danger is an outlier in Jim Jarmusch’s filmography in that it’s both a documentary and a temporary vacation from the strictures of a signature style for this most style-conscious of filmmakers. Combining interviews executed in laundry nooks and public washrooms with archival materials and amusing animated sequences that vaguely recall Beavis and Butt-Head, this rollicking history of Michigan’s mighty Stooges is probably the most straightforward thing Jarmusch will ever make—but what it might lack in formal distinction it easily makes up for in shake appeal.

Gimme Danger’s linchpin is, of course, its star, Stooges frontman James Osterberg, a.k.a. Iggy Pop, who possesses a rare ability to alternate seamlessly between inspired flights of deranged stupidity, breathtakingly articulate assessments of aesthetics and technique, and killer one-liners. (“I smoked a big joint by the river one day and realized I was not black.”) Jarmusch is diligent about keeping his focus on the band, notably eliding Iggy’s colourful career between the Stooges’ 1974 demise and 2003 reunification. The considerable payoff for this tack can be felt in the degree to which we come to understand the ever-shifting sculptural quality of the group’s dynamics and their apparent dependence on Iggy’s astonishing contortions and daredevil monkey-dance routines to fuel the tidal groove. A cursory listen to say, Fun House’s “L.A. Blues” could give the impression that the Stooges’ modus operandi was to commit smouldering chaos to tape, but for all their druggy perfidy Gimme Danger gradually exposes the band’s darkest secret: they worked extremely hard to develop their endlessly influential sound and carnival stage act.

Rest assured, the film offers numerous detours into comic idiocy—I especially liked the anecdote about the time non-drumming saxophonist Steve Mackay took up the drums for a show, requiring Iggy to pause before every song to provide rudimentary tutorials. Gimme Danger brims with such stuff; I defy you to find another film at this year’s Festival with more sheer entertainment value.