Whether one is lamenting not having enough time to see personal picks or having hedged one’s bets on a dud, regret is intrinsic to any festival experience. Cue the tears, then, as this writer’s International Film Festival Rotterdam was dominated by the Bright Future section, the festival’s showcase of debut and sophomore features—which, compared to parallel programs devoted to Dominik Graf, Iranian cinema, and Canada’s favourite octogenarian Michael Snow, left much to be desired. For a festival that champions experimentation and originality, this year’s Bright Future entries leaned heavily towards the merely competent and safe. 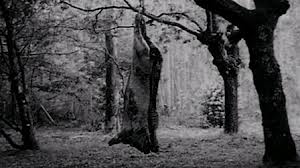 The Fifth Gospel of Kaspar Hauser

Normally assigned to judge the Hivos Tiger Competition, the FIPRESCI jury (on which I sat with a partial vote as part of Rotterdam’s Young Film Critic Trainee Programme) was this year delegated to determine a winner from the world premieres in Bright Future. The Fifth Gospel of Kaspar Hauser, by Spain’s Alberto Gracia, took that prize, as it stood out as the section’s most adventurous offering—at the very least the only one to feature both Super 8 and Batman. A fever-dream rumination on the fabled German wild child that vacillates between the predictably experimental (Chopin preludes playing over scenes of meat being butchered) to the surreally comic (a man dressed as Batman smoking casually while hanging from the ceiling), Kaspar Hauser is more notable for its ambition than its actual success, but its overreaching at least demonstrated a boldness otherwise absent in a field dominated by Sundance-lite (Frederick Pelletier’s Diego Star), straight Sundance (Shannon Head’s Towheads), adept genre exercises (Richard Raaphorst’s Frankenstein’s Army, Michael Noer’s Nordvest), and dull docs (Penny Lane’s—yes, really—Our Nixon). 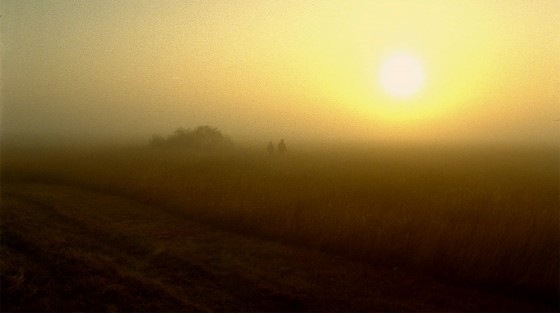 Things weren’t completely bleak, however. Though not exactly revolutionary in form, Vladimir Todrovic’s sophomore feature Disappearing Landscape is a precise yet invitingly open three-part omnibus film, its use of locations as characters in their own right evoking such films as Jia’s The World (2004) and Julia Loktev’s The Loneliest Planet (2011). Alliteratively spanning the globe from Singapore to Serbia to Spain and exploring landscapes both industrial and natural, Todrovic not only captures the particular beauty of each location but, with the aid of three different DOPs, utilizes a distinctive aesthetic in each segment. The chilly light and sparse dialogue of the first part—following an ex-pat Chinese couple as they glumly explore the decaying industrial terrain of a Singaporean island—gives way to the nostalgic, Malickian magic-hour reverie of the Serbian section, while the Spanish episode attempts to wed the style of its two predecessors, with only marginal success; an unfortunately weak concluding note, but one that doesn’t dispel the sense of Todrovic’s ample promise. 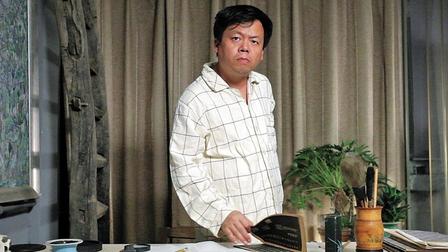 Outside of the world premieres, two Canadian co-productions lived up to Bright Future’s name. The Hamilton, Ontario-based Li Luo followed up his 2010 debut Rivers and My Father with Emperor Visits the Hell, which won the Dragons and Tigers Award for Young Cinema at last year’s Vancouver International Film Festival. Shooting once again in black and white, Li reworks the 16th-century Ming dynasty text Journey to the West to create a satirical, otherworldly vision of contemporary China. Spirited away to the underworld in order to pay off the souls of those he killed, government worker Emperor Li Shimin (Li Wen) descends into an Inferno whose borders seem more than a little porous with those of modern-day China, with leaping flames and fiery brimstone seamlessly giving way to plazas and dilapidated rural towns. Shot in static long takes whose order and precision stand in marked contrast to the fantastical narrative, Emperor Visits the Hell suddenly ruptures its tidy aesthetic in its jarring conclusion: over a dinner scene shot with a handheld camera, Li Shimin/Li Wen launches into a drunken rant against Chinese society, at one point pulling director Li into the frame. It is unclear whether this scene is staged or spontaneous, but in any event it offers a cathartic moment of vitriolic release from the film’s previously meticulous control. 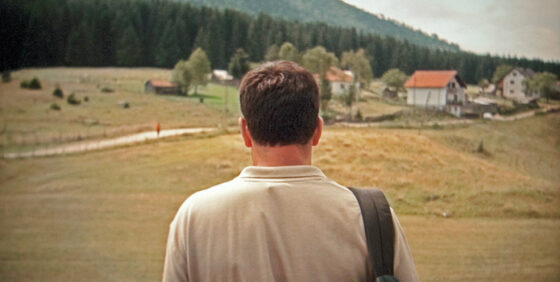 Making its European premiere after playing at Toronto last September, Igor Drljaca’s haunting debut Krivina follows Serbian immigrant Miro (Goran Slavkovic) as he departs from Toronto to return to his homeland, searching for a friend who has been implicated in war crimes during the Bosnian conflict. Unlike so many indie efforts which use ellipses as ornament—cinema of the lazily obtuse—Krivina earns its ambiguity, its narrative elisions constituting a formal articulation of Miro’s war-scarred psyche, which Drljaca heightens with the sonic anxiety of his accomplished sound design: a pervasive, underlying hum that reverberates through much of the film, muted and enigmatic dialogue, and an abrasive, non-diegetic rock song (a la Haneke’s Funny Games [1997/2007]) that assaults us over the end credits. Li’s and Drljaca’s impressive efforts exemplify what festivals such as Rotterdam can offer, and what was largely missing from the tame selection at this year’s edition—a shame, as it meant that most of the chills over the past ten days derived more from the damp Rotterdam weather than from what was on the screen.