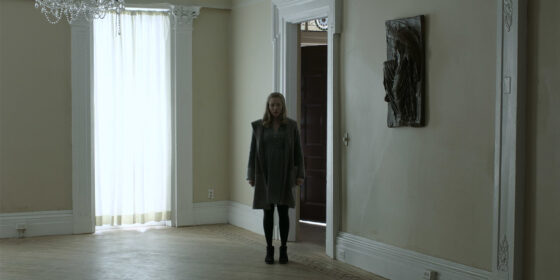 Just when one is about to lose faith in a director’s ability to recover from the slip-ups of recent years, along comes a film that makes one want to believe in his greatness all over again. Sidney Lumet turned that corner once with Before the Devil Knows You’re Dead (2007), and even Woody Allen has remained at the better end of his range since Blue Jasmine (2013). In the same vein, First Reformed now sees fellow ’70s holdover Paul Schrader resurrected and back at the top of his game with his most impressive work in 15 years, a rigidly crafted and grimly soulful drama about an ailing pastor tortured by his own past and inner demons that takes its inspiration in part from Bresson’s Diary of a Country Priest (1951).

Much of the film’s initial appeal relies on Ethan Hawke’s devoted performance as the aforementioned man of the cloth. A middle-aged country priest and ex-military man who turned to the church after the death of his son, Hawke’s Reverend Toller is now more inclined to find solace in whiskey and wine as his health deteriorates and he broods over his failures in life. Things go from bad to worse when Toller is asked by the spirited young Mary (Amanda Seyfried) to help counsel her environmentalist husband, who, unwilling to bring a child into this fallen world, does not want to allow Mary’s pregnancy to reach term.

From here, it’s only a matter of time before Toller finds himself at odds with his own beliefs and worldviews as well as those of his congregation, and Hawke’s endlessly watchable portrayal of well-worn grief, loneliness, and utter despair carries this strangely sparse narrative to its well-measured finale. Schrader meanwhile does well by letting his camera quietly rest on Hawke’s face, framing and staging scenes in tight quarters to powerful effect and using long, static shots to create an increasingly oppressive atmosphere of discomfort and ordeal. Apart from one misjudged moment when the film, for the length of a song, steps out of the misery on display to make way for a glimpse of temporary freedom and relief, the tone holds; yet this lapse is only a minor flaw, easily forgiven in light of this deeply intriguing tale that otherwise knows and shows no mercy.