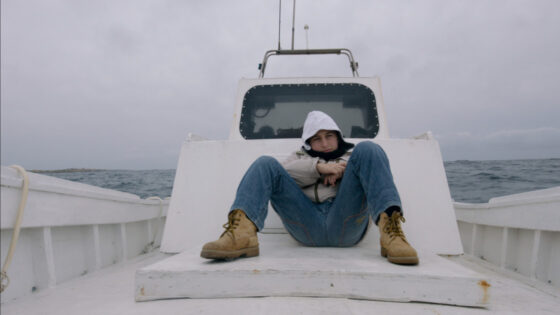 Hailing from the same breed of striking experimentation that initially garnered Italian director Gianfranco Rosi international acclaim, this riveting new essay on the European migration crisis became the first documentary ever to win the Golden Bear at the Berlin Film Festival. Steeped in verité yet still novel in its approach, Fire at Sea’s withdrawn yet intimate fly-on-the-wall approach refrains from drawing any condemning conclusions or didactic calls to action. Bearing witness to the atrocious refugee experience in all of its forms is a slippery subject for such an untethered, contemplative film to fully grapple with, yet Fire at Sea makes virtue of its distance by interweaving what are really two completely separate worlds into one account. To what extent the film’s randomly picked subjects on the small Sicilian island of Lampedusa (a major, unofficial debarkation point for illegal migrants fleeing to Europe) show compassion towards the influx of expats in their midst lies in the eye of the beholder, for Rosi does little to prompt a critique of their reaction, or lack thereof. Whether through blissful ignorance or overwhelming altruism, the discordant receptions scattered across Lampedusa feel all the more ample and unrepressed in comparison to the unfortunate conditions at sea. The film raises more questions about collective coping than it answers, yet it’s the deft contrast between these parallel blades of Rosi’s double-edged sword that ultimately pierces.