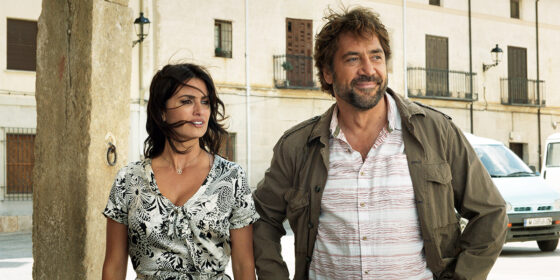 In Asghar Farhadi’s family dramas, there is always a crucial piece of narrative information that  is kept from the viewers and also from some of the characters, and which serves kicks off the director’s stories of secrets and lies. Then, through the meticulously well-written scripts, all the events, actions, and reactions are engineered in a way to build a moral dilemma, and to depict that, a la Renoir, everybody has his/her own reasons: these are the rules of Farhadi’s game.

This is a mechanism that works well in films like A Separation and About Elly, with their complex narrative structures, subtle symbolism and layered characterizations. But it can also seem dramatically simplified, repetitive and overwritten, as in The Past and his new film, which continues Farhadi’s inevitable transition towards European co-productions.

Laura (Penélope Cruz) and her two children have travelled a long way from Argentina to attend her sister’s wedding in a Spanish village. Farhadi (doubtlessly an adept and talented director) uses famous actors, heavyweight performances, sunny European landscapes, and glossy warm colours to depict the crowded family gatherings, providing satisfying versions of travelogue cliches. When Laura’s teenage daughter Irené is kidnapped, Farhadi employs the tropes of the thriller  genre to explore the dynamics between characters, uncover their secrets again and dig into their past, but the revelations are uninteresting, the characters unengaging, and the explanation of the crime, once explained, far from profound.

At the end of almost all of his films, Farhadi resolves everything, so no real mystery lingers on the mind of viewers. The reality of human life is partial, inaccessible, and mysterious, but in Farhadi’s so-called “realist films” every action is also fastidiously planned. The same thing happens in Everybody Know about Laura and Paco’s (Javier Bardem) secret, and the kidnapper’s motives, but almost nobody will remember the film a few hours later.