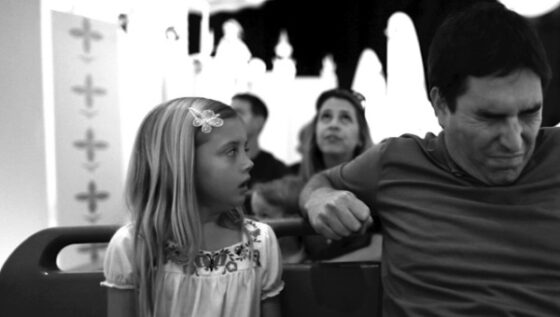 Sundance confounds nearly as many expectations as it confirms. As one could predict, this year’s edition saw the expected bounty of laughable Amerindies (Kill Your Darlings, Breathe In) and social-issue documentaries (After Tiller, Pussy Riot – A Punk Prayer) whose Park City premieres were obligatory stops on their path toward the warm embrace of the Weinstein Company et al, while the most anticipated films going in—Park Chan-wook’s Stoker, Rob Epstein and Jeffrey Friedman’s Lovelace, Joseph Gordon-Levitt’s Don Jon’s Addiction—all carried the pedigree of famous directors and/or stars that rendered their distribution prospects a foregone conclusion. But while it would thus appear easy for serious cinephiles to dismiss this year’s Park City crop entirely, there were a number of world premieres—Richard Linklater’s Before Midnight, Eliza Hittman’s It Felt Like Love, Daniel Hoesl’s Soldate Jeannette, David Lowery’s Ain’t Them Bodies Saints, and Alexandre Moors’ Blue Caprice among them—as well as such Cannes and Locarno holdovers as Jeff Nichols’ Mud, Ben Wheatley’s Sightseers, and Athina Rachel Tsangari’s The Capsule,that more than justified a trip to Mormonland.

It also helps that, as an experience, Sundance is close to singular: the packed shuttles between venues, snowcapped mountains hovering over the entire city, and rubbernecking celebrity-seekers on Main Street help break the monotony of standing in line like cattle for several hours a day. Sleep is hard to come by, as is a Press and Industry screening without a familiar face or the palpable sense of excitement that this next movie might be this year’s instant breakout, à la Beasts of the Southern Wild. A few days in, an air of restlessness became noticeable among the more business-minded attendees due to the dearth of such breakouts. This may account for the undue attention eventually showered upon Andrew Bujalski’s shot-on-VHS Computer Chess, Shane Carruth’s maddeningly unmoving Upstream Color, and Randy Moore’s Escape From Tomorrow, the latter easily the most overhyped work by a new director at this year’s festival. Moore’s conversation piece at least gets points for the originality of its conception, if little else. Shot covertly (and probably illegally) at both Disneyland and Disney World over the course of 25 days—Moore and his co-conspirators are said to have purchased annual passes for each of their actors, had them wear the same clothes during every visit so as to maintain the illusion that the narrative is confined to a single day, and eluded notice by shooting the entire feature on handheld video cameras—Escape From Tomorrow spends an inordinate amount of its overlong runtime documenting the roller coasters, long lines, and turkey leg-vendors of the Happiest Place on Earth, lest we forget how amazing it was for the filmmakers to actually pull this off.

There’s a worthwhile 75-minute film here, but Escape From Tomorrow is too deeply pleased with its own existence to practice any kind of editorial restraint; a brief segment from Exit Through the Gift Shop (2010), in which Mr. Brainwash films Banksy putting up flyers at Disneyland and subsequently gets questioned by park security for several hours, makes many of the same points as Escape in less than half the time it takes Moore to explore every nook and cranny of It’s a Small World. While Moore’s frequent dips into the surreal—including animatronic figures coming alive with malicious expressions on their plasticine faces and frequent chatter about the ominously named Cat Flu—are often funny, these gags are hardly enough to sustain the film’s artificially distended narrative. It isn’t inherently problematic that Escape From Tomorrow frequently goes off the (mono)rails, but it essentially stops being interesting sometime near the end of its first act; those who seek the film out in order to sate their curiosity about how it was made will be disappointed once the novelty wears off. 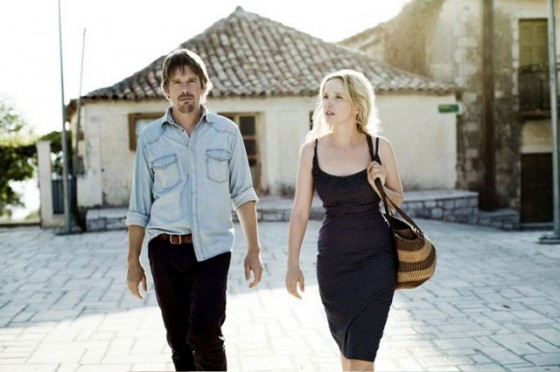 If Escape From Tomorrow was an ersatz discovery, then Before Midnight was far and away the most worthwhile of the presaged successes. Arriving nine years after Before Sunset, the ostensibly concluding panel of Linklater’s triptych finds Jesse (Ethan Hawke) and Celine (Julie Delpy) now living together with twin daughters, the veiled and not-so-veiled flirting of the first two films replaced by fights over where the two might live out the rest of their days and Jesse’s fictionalized use of their romance in his well-received novels. That the question has now shifted from whether Jesse and Celine will get together to whether they’ll stay together makes this film altogether sadder and more hard-hitting than its predecessors, more grounded in what might be called “real life” than in the passionate whimsy of uncertain love. So while Midnight amply reminds one of why the series has long been catnip for those seeking genuine romance at the movies—the subtle, unadorned staging, the wonderfully tangential conversations, and of course Hawke and Delpy’s tremendous onscreen chemistry—on a purely emotional level it’s difficult not to miss the foundational ambiguity, and the fragile yet thrilling promise, of the previous films—as embodied in the sublime final shot of Sunset, the single most rewarding moment of the entire trilogy. 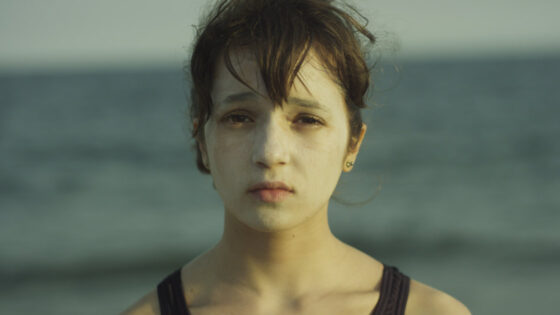 Eliza Hittman’s Rotterdam-bound It Felt Like Love is marked by an equally arresting moment of abrupt beauty, a blink-of-the-eye match cut that resonated more than the entirety of most every other film at Sundance. A fitting companion piece to Hittman’s previous short Forever’s Gonna Start Tonight (which played Park City in 2011), It Felt Like Love crafts an affecting study of female adolescence and unrequited longing both sexual and emotional as it follows a teenage Brooklynite drifting from this beach to that party in search of affection and/or attention. With Hittman’s low-key storytelling well-served by Sean Porter’s ethereal cinematography and star Gina Piersanti’s laconic expressiveness, It Felt Like Love has a slow-burning momentum that makes it one of the most involving and sensually lush debuts in recent memory, and a striking afterimage for all of Sundance.