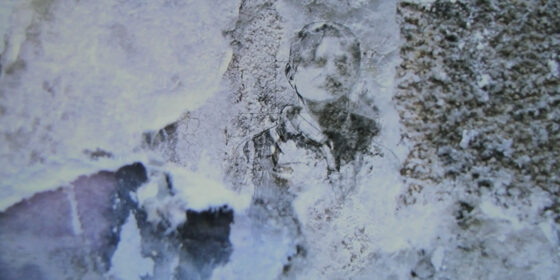 How do you make what is missing disappear (again) and reappear? This question might sound abstract, but its concrete instantiation, after the bloody Lebanese civil war of 1975-1990, obsesses artist, animator, and first-time feature filmmaker Ghassan Halwani. His experimental essay-documentary Erased is the product of his research into the traces that remain, and are still disappearing, of the thousands of Lebanese who vanished during the war. It’s both a document of the missing men (they are mostly men) and a documentation of Halwani’s work in various media to uncover remains, retrieve memories, analyze the mechanisms of disappearance, and resist this re-burial of the buried. Halwani’s exemplary structural intelligence and moral sophistication allows him to avoid the pratfalls of cinematic archivality: every minute counts, each piece of material in the film is arranged in a precise, clear, provocative, and necessary relationship to every other.

Erased includes Halwani’s hand-drawn animations, his work manipulating photographs with X-Acto knife and ruler, his onscreen text interventions and interpretations, and his fascinating, layer-by-layer excavations of years of posters covering walls in Beirut, under which he uncovers photographs from posters of the missing men. We tour images and plans of Beirut, viewing one garbage (and human) dump buried and rebuilt (and forgotten) as a snazzy waterfront promenade. Halwani explains that his work stems from a personal memory: he recalls watching a kidnapping on the street when he was young, and believes he saw the kidnapped man, disfigured, ten years later. Setting his film to a chorus of voices of authority and falsehood (a general denies there were tens of thousands of disappeared people; news reports claim human remains dug up are animal remains), Halwani structures Erased to offer a many-layered complex of resistances, gestures of research, painstaking restoration, and recovery, all leading to an elusive, contradictory kind of reimagining of what has been elided—a re-being of those who are no longer.