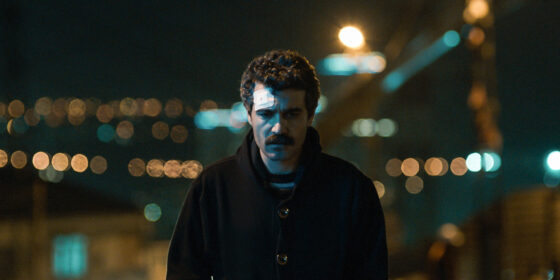 In 2003, TIFF showed three of Zeki Demirkubuz’s very best films in a Turkish cinema showcase (a kind of forerunner to the current City to City programme). What made Fate, Confession (both 2001) and especially The Third Page (1999) so lively and inventive was the sense that the director was still figuring out what he could do with the medium — What would a Demirkubuz film look like? The Third Page featured thrillingly bizarre dissociations of sound and image, while Fate and Confession departed from naturalistic acting, working in tableaux and semi-Bressonian planimetric modes.

Cut to 2016, and there’s just something stultifying about Ember. Even on paper, the plot sounds like the sort of morose Ibsenism that Asghar Farhadi excels at: Emine (Aslihan Gurbuz), a mid- to late-30s mother, accepts financial help from her AWOL husband’s enemy Ziya (Taner Birsel) so she can pay for her little boy’s life-saving operation. Emine is uncomfortable because she knows Ziya is in love with her, and the gift has unspoken strings attached. They start an affair, and then Emine’s husband Cemal (Caner Cindoruk) returns from Romania.

Demirkubuz’s formal chops are not in question. In fact, if anything he flexes his muscles in this area a little too ostentatiously. Conversations often show one party reflected in a TV screen or a mirror on the wall, and the director is also partial to Fassbinderian doorway shots. But when Demirkubuz uses these “Way to Go!” style-stickers, he cuts away and then right back to them, as if he’s worried you might have missed some symbolic framing or clever blocking. It’s a bit like Paolo Sorrentino in slow motion. And indeed, Ember is every inch the “slow cinema” effort, even though nothing in the story or the filmmaking itself demands a concrete experience of time. All it does is drape a rather mundane tale of a weak-willed woman, an opportunist, and a wife-beater in a cloak of self-importance.