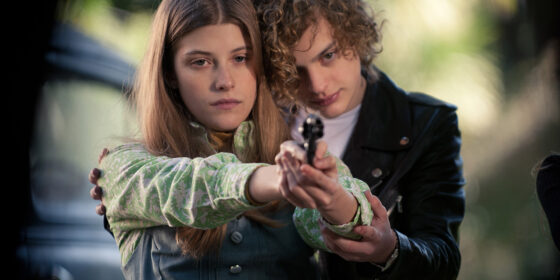 For the young Carlitos (played by talented newcomer Lorenzo Ferro), crime is a way of life, and a means of expression: against a conservative society, against adults, and for love. He didn’t always want to be a gangster, and he’s not after recognition: he craves the thrill of the extremes and of total freedom. He also just likes beautiful things, like jewels and Ramón (the latter of which us interpreted by the ludicrously handsome Chino Darín, son of Argentinian star Ricardo Darín). Director Luis Ortega has admitted in interviews that El Angel is more autobiographical than it is a biopic of the real-life criminal Carlos Robledo Puch, a.k.a. El Ángel Negro: in his youth, Ortega would break into opulent houses with a friend and his mother and steal things for fun. (The murders in the film, meanwhile, are all Puch’s.) Ortega’s unapologetic punk attitude translates in the film’s highly entertaining and seductive style, and while El Angel lacks an underlying argument it consistently dazzles. Like its protagonist, it’s just so damned attractive.