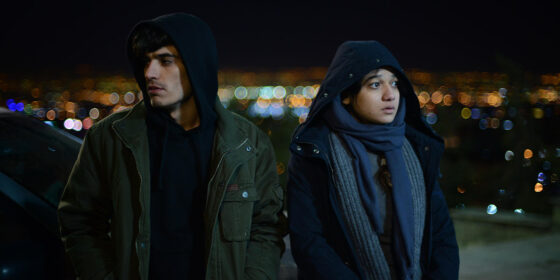 In Ali Asgari’s slow-burning melodrama Disappearance, a young unmarried couple (Sadaf Asgari and Amir Reza Ranjbaran) spend one very long night moving from one Tehran hospital to another after their first time having sex results, for her, in a bleeding condition that won’t stop. There are several avenues to help, but each requires either a marriage certificate or the consent of the girl’s parents; the odyssey sees them pursuing extralegal options while the passage of time saps both protagonists and audience of any possible hope, culminating in a black-market payout that imperils both characters’ immediate futures.

Asgari’s agonizing, near-silent denouement offers two unmistakably narrow (if not claustrophobic) paths of interpretation. Framed in long handheld takes that mirror each other and often play out in near-real time, the litany of tut-tutting hospital functionaries can only leave viewers shaking their head, imagining how much simpler things could have been if not for the couple’s indiscretion. The other route speaks to a more obvious morality that’s inarguable, despite being outside the film itself: Disappearance is an unassuming but exact dissection of a modern medical system still indebted to patriarchal power structures, and thus a cry for secularism that’s probably pitched exactly where it’s landing—at a major world film festival.