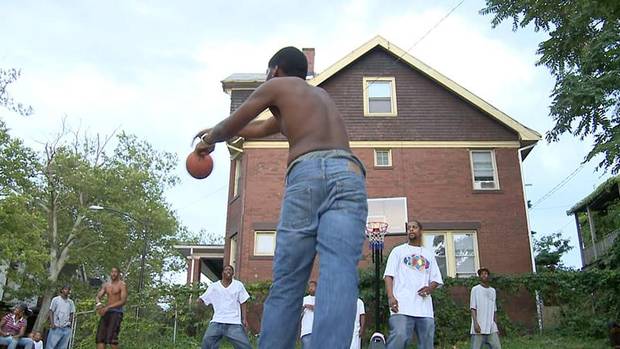 Toronto’s Images Festival presents something of a glut of convenience for media in attendance. Offering streaming links to almost their entire programme, the festival can be consumed from a couch, in sporadic order and with no regard for curatorial intent, which beggars the question: Is a collection of Vimeo links really a film festival? Should this sound like an ontological foray into digital existence, apologies, but the issue is not going away; Hot Docs likewise offers a multitude of link-based screeners to accredited journalists. It is a less than ideal scenario for a myriad of reasons, the first and most obvious being that no matter how big televisions get or how awe-inspiringly loud a home theatre is, there is no replacement for leaving a private sphere for a public one to watch projected images in the dark. This is especially true of the festival at hand, which highlights the avant-garde, installations and the intersection of art and film—works that often require immersive viewing experiences.

Perhaps it’s guilt for having taken such shamefaced use of these links that makes this confession necessary, for it wasn’t that I was disappointed by what I saw prior to and during Images. This year, the festival opened with From Gulf to Gulf, a digital video project documenting the travels of merchant seaman in (according to the programme notes) “the Arabian Sea from the Gulf of Kutch in Western India to Pakistan to the coast of Somalia and the Persian Gulf.” Shot by Shaina Anand and Ashok Sukumaran, otherwise known as the CAMP collective, the film’s footage of boats and ports is interwoven with scenes of sea life shot by sailors on camera phones and handheld camcorders.

As a project exploring collective documentation, From Gulf to Gulf is fascinating. The sailors’ footage ranges from the banal (taking naps on the deck), to the surreal (cows being fed at sea, rocking slowly with the waves instead of grazing in a pasture), to the quotidian (sailors fishing, always pulling in varying sizes of the same tropically-coloured fish). These scenes are recognizably different from Anand and Sukumaran’s footage due to the grainy digital quality, and are sometimes differentiated by onscreen text, which at first making the sailors’ footage feel like footnotes to the “real” film. (The seamen are never credited; only the vessels’ names are noted in captions.) Slowly, however, these at-sea videos begin to overpower the filmmakers’ material, the annotations becoming the main text.

And “text” remains the operative word, for a certain cinematic quality is lacking in the project. The editing choices are deft, and CAMP has clearly culled through a vast quantity of footage, piecing together snippets of lives and stories to create a patchwork-quilt portrait of its subjects, as well as the waters and ships they call home. Even though these pieces do congeal, however, From Gulf to Gulf never takes any truly cohesive shape, suggesting a viewer could walk in and out at any time rather consume the doc in its entirely in one go.

By contrast, Narimane Mari’s Bloody Beans is riveting from start to finish. At first passing as a clear-cut documentary, the movie then morphs into a surreal take on the Algerian War of Independence. Opening with a day at the beach, a rambunctious group of kids frolic in the waves and, while drying off under the sun, begin to lament the quality of their food, particularly beans and their gastronomical implications—the experimental cinema fart joke we’ve all been waiting for. Their complaints soon turn into revolutionary fervor, and the playful crew becomes a guerilla gang as they decide to storm the colonialist French barracks, which purportedly contain mouth-watering supplies. As the day turns to night, the children’s actions increasingly feel like a fever dream, as they incorporate wild costumes into their funny games and play in (and with) shadows. (The pulsing score by Zombie Zombie, the electronic duo that re-works John Carpenter scores, certainly helps to create this uncanny atmosphere.)

Like From Gulf to Gulf, Bloody Beans was shot on digital, and Mari takes advantage of the format to immerse herself in the children’s world: scenes are often shot at her subjects’ eye level, or her camera will snake its way into the centre of the energetic, gesticulating group. This not only makes for engaging viewing, but brings to life the historical context that Mari is exploring: the semi-staged reenactments feel urgent and contemporaneous, suggesting that Algeria’s colonial history is far from a distant memory.

And now I will eat my words regarding streaming links, as it was thanks to them that I was able to watch the closing night film ahead of time: Canadian Brett Kashmere’s From Deep, an experimental basketball documentary whose combination of avant-garde and athletics was catnip to a person like me with a certain passion cum mania for sports. Narrated by Trent Wolfred and Art Terry, From Deep is comprised of lyrical scenes of pick-up interspersed with clips from NBA games, movies, music videos, video games and advertisements, as voiceovers address the sport’s history and intersections with American racial politics, its pop-culture implications and representations in film, and poetic ruminations about the beauty of game, all framed around LeBron James’ 2010 decision to leave Cleveland for Miami.

Like a sporting match, the doc has its highs and lows, and the first and final sections are the strongest. Following the pumped-up intro where Kanye West’s “Amazing” plays over images of Cleveland fans burning James jerseys, Kashmere works through his personal history with the sport and explores b-ball film archetypes, using clips from the likes of Blue Chips, Hoosiers, Glory Road and White Men Can’t Jump. In the final section, he returns to Lebron and modern NBA iconoclasts like Allen Iverson, the new bad-boy counterpoint to Michael Jordan’s easy marketability. Here, Kashmere delves into the role of economics, late-stage capitalism and marketing, pointing to the racial divides within the NBA and the fans (both groups are largely white).

Where Kashmere falters is in mid-section, which draws on the influence of rap music and the NBA’s move to the mainstream starting in the 1980s and 1990s. (Oddly, Kashmere never mentions the creation of the WNBA in 1996, which certainly revolutionized the dreams of millions of female ball players and made its own, although smaller, impact on film with Love & Basketball [2000] and Juwanna Mann [2002].) It’s not an airball so much as a backboard rebound, as Kashmere opts for a near novella of onscreen text to highlight key moments and dates. Encumbered by facts, this portion of From Deep feels far too conventional in form, detracting from the film’s more exploratory and philosophical impulses. But even with this sagging middle, From Deep’s rejection of conventional doc form comes as a welcome reprieve from the norm in this mode of filmmaking.

One of the nicer surprises of the festival was a screening of Duncan Campbell’s It For Others, which was preceded by Alain Resnais and Chris Marker’s Statues Also Die (1953). Campbell builds off this 1953 short, which examines how cultural objects are imbued with meaning, by treating Resnais and Marker’s film itself as an object. From there, Campbell goes into a wildly dense exploration of revolution, class and capital, illustrated through the likes of a dance interpretation of Marx’s Das Kapital (by Scottish choreographer Michael Clark) to ruminations regarding how to assign value to art set to a tarot reading inspired by Agnès Varda’s Cléo from 5 to 7. Constantly building on itself, the 53-minute film merits a dissertation-like analysis, which, for reasons pertaining to my own knowledge of Marx’s work to the assigned word count of this report, can’t be done here. What can be said about the screening is that Resnais and Marker’s essay film was originally meant to be shown on 16mm, but we were informed before the screening that the festival had happily discovered a 35mm restored print. No video link, for all its convenience, can compete with that.