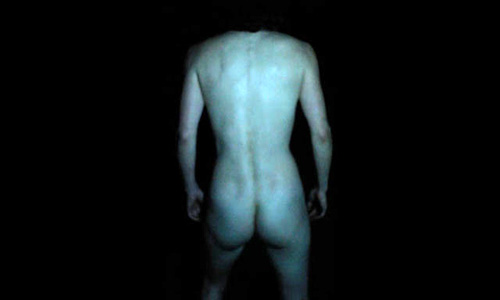 On the opening night of this year’s FIDMarseille, Miguel Gomes received a resounding round of applause after congratulating the FID’s director, Jean-Pierre Rehm, for “understanding what was missing from every documentary festival: fiction.” Beyond the current trendiness for exhuming these terms, the FID’s organizers have recently questioned their own trajectory between “documentary” and “fiction”: the FID (which once stood for Festival international de documentaire) is now referred to as a Festival international de cinéma. Though its programming has generally flirted with currents in experimental or creative documentary, avant-garde film, and docu-fiction, the FID’s new title allows for the likes of Gomes’ film, an unfortunate departure from the former critic’s previous efforts that transposes its roots in early film (notably F.W. Murnau’s own 1931 Tabu, shot in Bora Bora) into a confused audiovisual gimmick that takes us from Portugal to Mozambique via a slightly more subtle version of Wes Anderson’s brand of derisive irony in painstakingly shot and painfully over-determined black-and-white 16mm.

Like Gomes’ Tabu, a number of other films at this year’s FID evoked a desire to experiment undermined by an ultimate reliance on convention. The move to “cinema” as opposed to “documentary” becomes most obvious when convention is expanded to include more contemporary forays into docu-fiction and installation, both in the final stages of becoming their own ossified genre forms. At least two recent films at the FID transcended this ontological confusion, along with a number of older works in the “Parallel Screens” sections. Cello is the latest, and quite possibly last (given the artisti’s failing health) film of Marcel Hanoun, one of cinema’s most chronically ignored artists, even in France, where he has made most of his sixty-some films. Many of Hanoun’s pronouncements consider films as composed of “written images,” and Cello accordingly  presents an hour of continuous texts, read aloud by Hanoun, that appear on screen, along with two female collaborators (a professional actress and a film critic) and members of the film’s production crew. However, from an early point language is established as of secondary importance—we’re neither meant to listen to it as we would read a book nor as those on screen perform it, reading in a deadpan voice from prepared text, but to hear it. While we hear words and phrases we see an elderly man with a grey beard, wearing a starched white collarless shirt; his potential alter ego, an identically dressed older woman; a younger woman, occasionally seen in the process of applying make-up for a film shoot, reading from the same printed pages. A table, a clutter of empty wine glasses and plates coated with the remnants of a meal, bread crumbs, and an empty chair—from time to time we re-experience this image, with someone different in the chair each time, announcing their name and their relation to the film. At times these sequences seem like an elaborately crafted ironic joke: one man declares himself to be the production photographer. But why, in a production that appears to have been funded on a shoestring and is effectively not a film, would there be a production photographer? And yet, there he is, snapping away, documenting his own redundancy.

Where Godard creates the appearance of distance from cinematic convention, a pretense at dismissing the film industry, Hanoun’s literal rejection by that industry and many of its peripheral institutions creates a different kind of liberation, the processes of which form the content of Cello. In Godard’s Film Socialisme (2010), the practice of subtitling is questioned through the deliberate rendition of the subtitles into borderline incomprehensible lingual constructions; in Cello, the equation is reversed by pronouncements like the following, reprised from Hanoun’s L’automne (1971): “Films shouldn’t be subtitled; their audiences should encounter an unknown foreign language like a new music.” Cello, elliptically named after its author (Marcel—Marcello—Cello), intentionally ensures its non-distribution and the singularity of its experience, as in a human life.

An hour of non-text, of non-sense, of viscerality, of moving human forms, organs, exploring one another in the midst of an archaic forest at night, an elemental sensory encounter, before revealing a tonal reversal, a close-up, a female face with blood around its mouth, and a panting, liver-spotted bald head, a male body, utterly exhausted, satiated, debilitated—Philippe Grandrieux’s White Epilepsy concentrates what is both alluded to and depicted in his earlier films, a refining of experience into sensations, into ethical confusion and into physical and psychic contusions. The primary encounter between two nude bodies unfolds in the slow choreography of a first contact, separated into visual vignettes by several pulse-like fades to black. The move from curiosity to tenderness to sensuality to violence occurs almost imperceptibly between these fades. Grandrieux has claimed that the bodily movements of his actors (dancers, actually) in this section are based upon recordings of insect interactions, but there is an obvious primal human relationship on display—a somnambulant Adam and Eve. In contrast, White Epilepsy‘s final ten minutes lead into a literally more epileptic and confusing space that contrasts with its beginning; it is difficult to imagine the film without this rejoinder.

Partly out of a desire to move more fully towards a “figural” cinema, but simultaneously informed by the spatial liberty of installation, White Epilepsy is displayed in an inverted format, occupying a vertical rectangle in the centre of an otherwise black screen. This inversion from a landscape-based to a body-sized display re-organizes cinematic space, achieving what other films at the FID rarely did by both conveying and questioning its own representation. Grandrieux and Hanoun could not be more different artists or cinematographers, but a phrase drawn from Hanoun’s writings reveals a common assumption underlying both bodies of work: “A secret, irrational, unreflected intimation lends film its intonation, its gravity, its fury and its violence.” Grandrieux and Hanoun both succeed in scraping the increasingly glossy veneer from this raw intimation.

Two films at this year’s FID relied largely on their respective veneers to win the top awards in the international and French competitions. The international jury gave its highest honours to Babylon, a lengthy collaboration between three filmmakers documenting the creation, brief life and eventual destruction of a refugee camp on Tunisia’s border with Libya in 2011. Though it contains some capably shot sequences and conveys the displacement and confusion of such a space, Babylon is at its least consistent when it meanders into narrative or moral drama. Its confusion over its true subject—the space itself, or the people who briefly inhabit or control it—leads into awkward sequences that tremble with a lack of clarity. Perhaps the experience of collaboration led to this disorder, but in the end there is no cogent cinematic idea in Babylon; it is the sum of its mismatched parts. The same could perhaps be said of the winner of the French competition, Bijan Anquetil’s La nuit remue, a more aestheticized but not wholly anesthetized portrait of several Afghani immigrants in Paris. Their arrival stories, recounted in a loose style and illustrated with the aid of chalk drawings, give way to a free-flowing middle section and a final sequence where two men wake up after spending a night under a bridge next to the Seine, wander along a path, through a small patch of weeds and flowers (one poses for a photo that the other snaps with his cell phone), and eventually to a metro station, where they blend in with other commuters going to work.

Each winning film hints at a depth beyond its surface qualities. Babylon’s innovation, hinted at by its title, is its lack of subtitles: Arabic, English, French, Bangladeshi and other languages blend together to create an irregular tapestry of commonality amid incomprehensibility. Moments of physical interaction—an impromptu dance party in the camp—reveal a possibility of interaction beyond words in a way that stops several degrees short of Hanoun’s more exaggerated detachment in Cello. La nuit remue uses video clips recorded on its subjects’ cell phones during their travels between Afghanistan and Paris to foreground their everyday interactions, moments of relaxation, occasional joy and confusion. These pixilated images manage to convey something exquisitely unintentional that is otherwise absent in the film’s generally sharp focus, framing and staging. They also undermine the seeming collaboration between maker and subjects, questioning the necessity of the former.

The FID has superficially acknowledged the inutility of categorizing works as either documentary or fiction with its move away from genre and towards cinema. Programmers can only do so much with the material at hand, however. If reflexivity, collaboration and space are currently in vogue, it remains to be seen who can take these concepts into consideration while simultaneously not following a recipe—cinema as well-baked baguette. An overload of self-conscious films with identity crises, a misdirection of Hanoun’s “written images,” resulted in didactic displays that strove for something radical or experimental but were ultimately undermined by their own overbearing desire to desire something else or something beyond what they were able or willing to convey.

Epilogue. The last night of the FID, a number of festival attendees skipped the closing ceremonies and went to the final screening held on the other side of the Vieux Port at the Variétés cinema. Murnau’s Tabu was projected in its original 16mm, silent without musical accompaniment aside from audience members shifting in their seats and fingers pattering over cell phone keypads. As in much early cinema, process was stark, narrative was largely visual and the roots of image making were laid bare, here in the depiction of a simple people whiling away their decadent and morally backward lives in a tropical paradise. A romantic fairy tale, crafted by a German transplant to Hollywood towards the end of his career, partly filmed by docu-fantasist Robert Flaherty in an intentional location with an untrained, largely local crew. I don’t recall whether anyone applauded at the end.