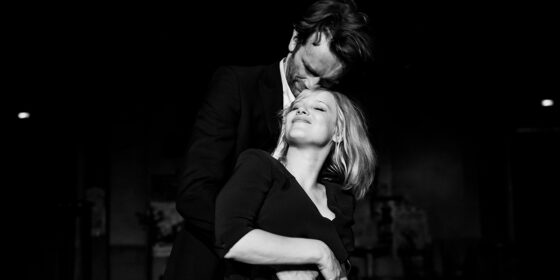 With its simultaneously austere and accessible veneer, Paweł Pawlikowski’s Ida (2013) was that rare arthouse hit that seemed to please the critical cognoscenti as much as it did casual moviegoers. To date the film has grossed over $15 million worldwide and, after taking nearly every critics’ group award under the sun, was awarded the most anti-climactic Best Foreign Language Film Oscar in recent memory. Cold War, Pawlikowski’s follow-up to his breakthrough feature, seems poised for similar success and, indeed, feels consciously engineered to do so. (It already picked up the Best Director prize at Cannes.) Ida was a difficult film to hate, but an equally difficult one to love; Pawlikowski clearly knows how to frame a shot and construct a cohesive narrative, and is likewise cinema-literate enough to know that that transcendental film style you like is going to come back in style. But as handsome as the results may be, the same underlying problem that nagged at Ida nags at Cold War: namely, the utter lack of personality behind these immaculately composed images. For all his allusions to the contrary, Pawlikowski may be contemporary cinema’s foremost metteur en scène.

Set in postwar Poland’s burgeoning jazz scene, Cold War charts the doomed romance of Wiktor (Tomasz Kot) and Zula (Joanna Kulig), a musical director and aspiring singer, respectively, whose professional relationship quickly blossoms into a decades-spanning love affair. The film works from the same stylistic toolkit as Ida: black-and-white imagery, 4:3 aspect ratio, and largely static setups, all courtesy of cinematographer Lukasz Zal. The rhythms of the film, as it were, register through Pawlikowski’s nimbly elliptical narrative, which condenses nearly two decades of romantic travails into a brisk 88-minute feature. Pawlikowski’s deft use of time and keen editing sense remain his greatest strengths, and it’s no small feat that he and editor Jaroslaw Kaminski are able to maintain an emotional arc across the film’s highly regimented narrative (helped in no small part by his two leads, and in particular Kulig, who radiates a mid-century movie-star quality that enlivens even the most circumscribed sequence). But like its predecessor, Cold War is schematic to a fault; one can’t help but feel that, for Pawlikowski, each sequence is more a riddle to be solved in formal terms than it is an organically organized dramatic set piece. As a result, the film says little about Pawlikowski, his worldview, or his methodology (to say nothing of his parents, on whom the story is apparently based). Cold War is undoubtedly accomplished, but what exactly does it accomplish?